By Lauren Porter · Updated October 27, 2020
What can’t Danielle Brooks do?! Not only is the actress busy as the current star in Broadway’s The Color Purple and prepping for the sixth season of the popular Netflix series Orange is the New Black, now curvy Black girl goddess is the new face of Christian Siriano’s new collection for Lane Bryant! The news was announced Thursday morning. Brooks looks absolutely magnetic in the colorful clothing campaign, which debuts in Lane Bryant stores 0n April 28. “The clothes helped me to embody the way in which we did the photo shoot–they make you feel sexy, like everyone has their eyes on you, she tole People StyleWatch. “It’s like these are the clothes you want to wear when you walk down the street and want to make heads turn.” 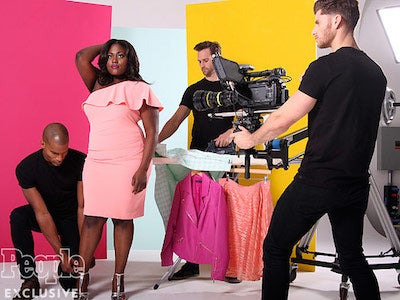 Tessa Thompson Looks Flawless (Per Usual) as Face of New Tome Collection The full Siriano includes styles that make every woman feel comfortable and confident including tops with vibrant colors, skirts in beautiful prints, dresses in flattering silhouettes in sizes available from 14 to 28. “And for plus-size women to feel confident in what they’re wearing, Christian hits it on the nail with that,” Brooks added. “I really appreciate a designer of his stature saying ‘I’m going to design for every woman.’ There is such a huge market. The plus-size industry is huge.” 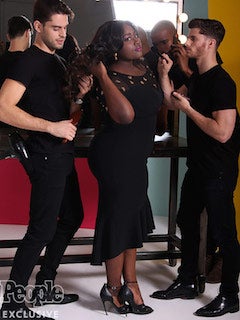 From just one look at the stunning collection it’s clear that Siriano meets and exceeds his aesthetic goal of creating colorful clothes. ‘I wanted it to be a lot of color,” he said. “We took a lot of inspiration from the 1950s ice cream parlors. I wanted there to be a lot of prints and stripes and textures, but feel modern, with a little vintage feeling as well. I think the clothes are realy great, wearable, fun and fresh, and that’s what we wanted to see.” We are anxiously awaiting this Lane Braynt debut and will try our hardest not to throw all of our coins at once!
TOPICS:  Torrid Lane Bryant