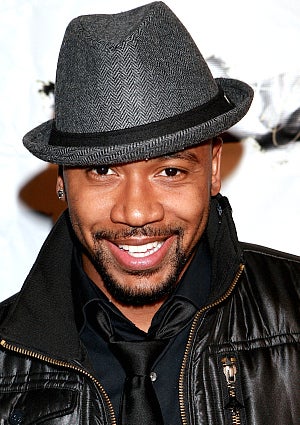 Columbus Short doesn’t take a break. Just last weekend he starred in the insanely funny flick, “Death at A Funeral” and just like that, this weekend we’ll see his face all over the big screen again for his action-packed thriller “The Losers,” alongside co-stars Idris Elba and Zoe Saldana. His previous roles in films like “Armored,” “Cadillac Records,” and “Stomp the Yard” prove that Short is not only fine, talented, and funny but able to play many diverse roles. The former Britney Spears choreographer refuses to be typecast or put in the “Black Hollywood Box,” and this weekend he further proves his acting range in his gangsta role as Pooch, telling the story of revenge and betrayal. The slightly exhausted Columbus talks to ESSENCE.com about the film, Zoe’s success, and his love for a challenge all while keeping it short…and sweet. ESSENCE.com: Losers, you play the character Pooch, who are you in this film? COLUMBUS SHORT: I’m one of five black op agents that have been set up and left for dead by the CIA. Although the group rages war with the CIA as revenge, Pooch is an expecting father who wants nothing more than to get back to his family. ESSENCE.com: Second time working with the skilled Black director Sylvian White, how was this different than your first film with him, “Stomp The Yard”? SHORT: Bigger and better. This is two hours of zany and intensely high energy. ESSENCE.com:  What were your biggest challenges in filming? SHORT: Staying sober in Puerto Rico while filming. ESSENCE.com: The film’s premise centers around how people respond when double-crossed. In real life how do you respond when double-crossed? SHORT: If I’m double-crossed by someone I love…that’s a tough one. I’m a sensitive guy, and I usually surround myself with loyal people. If double crossed, I don’t know how I would react, but I would probably be hurt. Since I’m not confrontational, if you hurt me, I shut down. No seeking vengeance for me. ESSENCE.com: Did you learn anything working with Idris Elba in the film? SHORT: I learned some great “Yo Mama” jokes from Idris… ESSENCE.com: Tell me one… SHORT: I told your mama one last night…see I got you, got to be quick. ESSENCE.com: Whomp, whomp. You talking about my mama? But seriously, speaking of women, what Black actresses inspire your craft? SHORT: The great ones: Halle Berry, Angela Bassett, Paula Patton, Gabrielle Union, and Zoe Saldana. Zoe is super talented with a bright future… ESSENCE.com: Interesting topic, speak on Zoe’s new mainstream success as an actress? SHORT: It’s deserved. When you’re in the biggest movies ever made, it doesn’t need to be said it’s going to happen. Zoe is more than deserving, more than gracious, and more than able to handle all the success that has come to her. ESSENCE.com: In the movie, the group of agents are considered underdogs. In your career, can you relate, do you consider yourself an underdog? SHORT: Underdog, only because I still have a long way to go. The title fits me when it’s defined that way. ESSENCE.com: Yet and still you have played all types of roles: comedic, action, drama, you even busted out your dance moves in “Stomp The Yard.” What kind of roles do you prefer? SHORT: “Cadillac Records” was probably one of the most artistic experiences. Although I do love the action movies, I also love drama… basically any role in a movie that can challenge me in some way, shape, or form. ESSENCE.com: Talk about the difficulty Black actors and actresses face when attempting to transition into mainstream. SHORT: Look at Zoe, who’s been in the game for years, and it’s like she’s done 15-20 movies, and only now are people taking note. Our society judges based on celebrity and not necessarily the skill and craft. People of color then have a hard time crossing over, and when it does happen it’s an amazing sight to see! I gain even a greater respect and appreciation,  for those like the Will’s (Smith) and Zoe’s who have done it. ESSENCE.com: What are some the harshest and most enlightening lessons Hollywood has taught you? SHORT: The harshest would be learning your opinion doesn’t always matter, and I’m an opinionated person. The most enlightening was working on the “Cadillac Records” film, and seeing how far I can really push myself in a movie. ESSENCE.com: As an actor who now has two movies premiering back to back in one month, describe your work ethic? SHORT: It’s very unorthodox. I’m an in-the-moment type of person, that doesn’t like when things are over-rehearsed. My work ethic allows everything to happen organically. ESSENCE.com: Let’s bring this full circle. Fill in the blank, the ESSENCE audience will like the movie “Losers” because… SHORT: Columbus Short and Idris Elba are together and at it again. ESSENCE.com: Oh, so your just going to use the “fine factor,” huh? SHORT: (Laughs) You set me up on that one! Related stories: