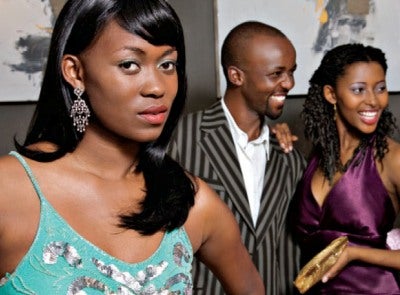 Did she say why?” I asked. I was on the phone with Ally, one of my close friends, listening to her explain how our mutual friend had just canceled on Girls’ Night In (replete with chick flicks and pear sangria). We hadn’t seen her in two months. I had an idea on why she’d pulled the plug on us, but I wanted it confirmed.

“You know why,” Ally said, her voice practically dripping with venom. “Because of him!”

We weren’t annoyed because our girl had a man. (She was the last in our trio to get boo-ed up.) But somehow Ally and I had been able to have a new addition in our lives without forgetting that we actually had lives before our boyfriends.

“The romantic relationship is what some women wait for. So when it comes, they drop not only their friends but also a lot of other priorities,” says Michelle Callahan, Ph.D., psychologist and author of Ms. Typed: Stop Sabotaging Your Relationships and Find Dating Success (Three Rivers Press). But once friends are dropped, it can be hard to get them back. My friend Martha was thrown deuces, too, when one of her bosom buddies got a man just in time for winter. “I let it go because I knew she’d eventually come around,” she says. “But it drove such a rift between her and our other friend that now they can’t be in the same room together.”

For women who have been effectively dumped by a pal, skip the intervention pointing out all the ways your girl is in the wrong and get right to the bottom line: You miss her and you’re hurt. Knowing that you care should inspire a change of heart. For AWOL besties who are on the verge of losing their girls, repair your relationship with them by apologizing first. Then offer to designate a day to spend together regularly where canceling is an option only for an emergency.

And while you’re setting schedules with the girls, get your man on one too—even if he might get jealous that you’re no longer all about him. “Some guys need to be with a woman who thinks the sun rises and sets in his pants,” says Damon Young, coauthor of Your Degrees Won’t Keep You Warm at Night (CreateSpace). “But the vast majority of us prefer women with actual lives, goals and dreams.” Balance your new time apart by giving your honey a heads-up when you and the girls will be getting together for a long brunch or an all-day Basketball Wives or The Game marathon. Once he’s aware of when you’re busy, let him know when you’ll be free again to spend some alone time so he knows that he is still one of your priorities.