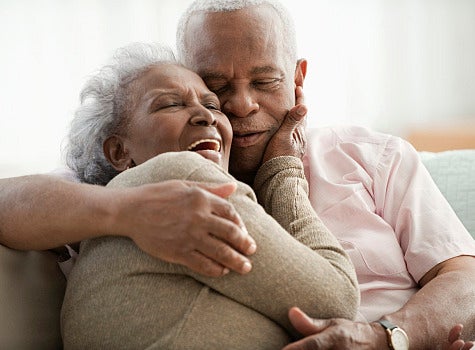 Last Thursday, Lamar and I were featured on Cocoa Mode with Shawna Renee on XM169. During the show, we discussed Herbert and Zelmyra Fisher, the couple that has been married for over 85 years who say God and the church were instrumental in keeping them together. Shawna then opened the phone lines and asked elders who were married for 30-plus years to share secrets to a successful, happy and lasting marriage. Their secrets revealed: Harry, married 39 years Harry said that early in their marriage, he and his wife had a lot of issues (because they were so young), and so they implemented a “Do Not Get Mad Session” once a month. During this session they talked about things that each one did not like about what the other person was saying or doing over the last month. If they started to get angry, they canceled the session and restarted it the next week. Harry says that this type of session allowed them to learn from each other and to recognize things that the other person did not like. Paul, married 38 years Paul gave five basic principles that are important for a successful marriage (in order of importance.). He says he and his spouse learned these things from going to counseling and from counseling other couples: Maxine, married for 41 years Maxine says the following things were instrumental to keeping her marriage together: I truly appreciate the tips that they shared. Lamar and I think the “Do Not Get Mad” session is a great idea and one that we should implement. When Lamar suggested it, I said: “What? You mean there are things that I do and say that you don’t like.” He said, “You see. This is why we need that session.” We were half-joking, but mostly serious. Communication is key and all of the couples above mentioned communication in one way or another. This “Do Not Get Mad” session is like a safe place for expressing concerns without the fear that a huge argument will follow. Of course, we will have ground rules for the session. So watch out, Lamar. I already have something for our first session. ESSENCE family, do you agree with the advice given? Can any of this advice be applied to your marriage? If you have been married for more than 30 years, please give us some tips to a lasting relationship… For more Black & Married with Kids stories, click here. Read More: