To understand why voting has long been a matter of life and death for Black folks in Alabama, consider the trajectory of Esther Calhoun. “Mama Esther” was raised on a 300-acre plantation in the Black Belt, a swath of nearly 20 counties originally named for its dark, fertile soil in fields once tilled by slaves. Centuries later the region remains largely Black and poor. “As a child, I remember pulling a sack across the cotton fields,” says Calhoun, 55, whose parents and grandparents were sharecroppers. “We farmed using a mule.” 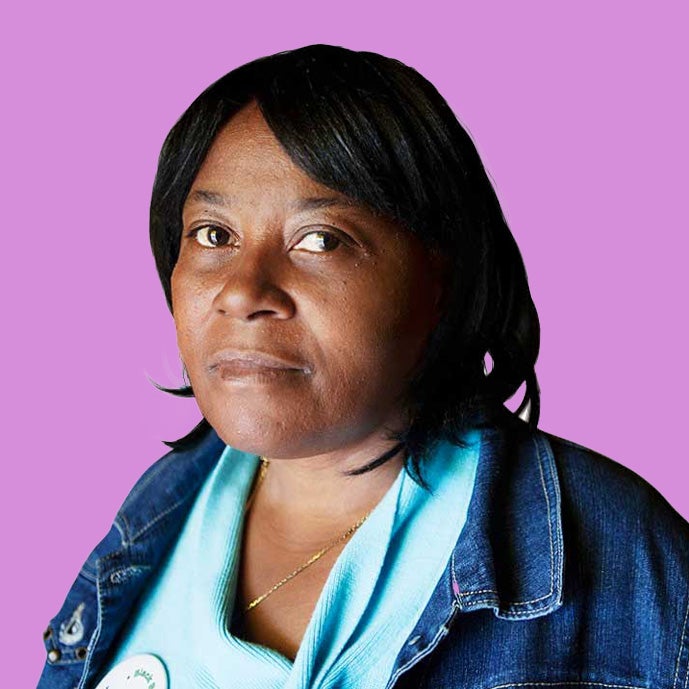 Today Calhoun is president of the Black Belt Citizens Fighting for Health and Justice, a grassroots community organization confronting environmental and economic injustice. Her neighbors have been seeking to stop coal ash from being dumped in a landfill in Uniontown, a small rural community in the west-central part of the state. Once fearful about speaking out, the mother of three believes nothing can be taken for granted, whether it’s environmental equality or voting rights, another facet of the organization’s work. “I dare not give up,” she says. “Why do we have to be so satisfied?” Calhoun is among the African-American women across Alabama whose collective efforts—from knocking on doors and making phone calls to raising millions of dollars—helped seal a major victory for U.S. Senator Doug Jones in a special election that garnered national attention. The Democrat won the seat vacated by Jeff Sessions, the Trump administration’s attorney general; it was an upset in a “red” state where Republicans hadn’t lost a seat in 25 years. “Black women in Alabama were the “secret sauce” for Doug Jones winning the Senate race, by voting 98 percent for him over [Republican candidate] Roy Moore,” says Melanie Campbell, president and CEO of the National Coalition on Black Civic Participation, which has chapters in Alabama. “[We] led the way by organizing effective grassroots campaigns that turned out Black voters in rural and urban communities statewide, and raising funds to support civil rights and social justice organizations.” 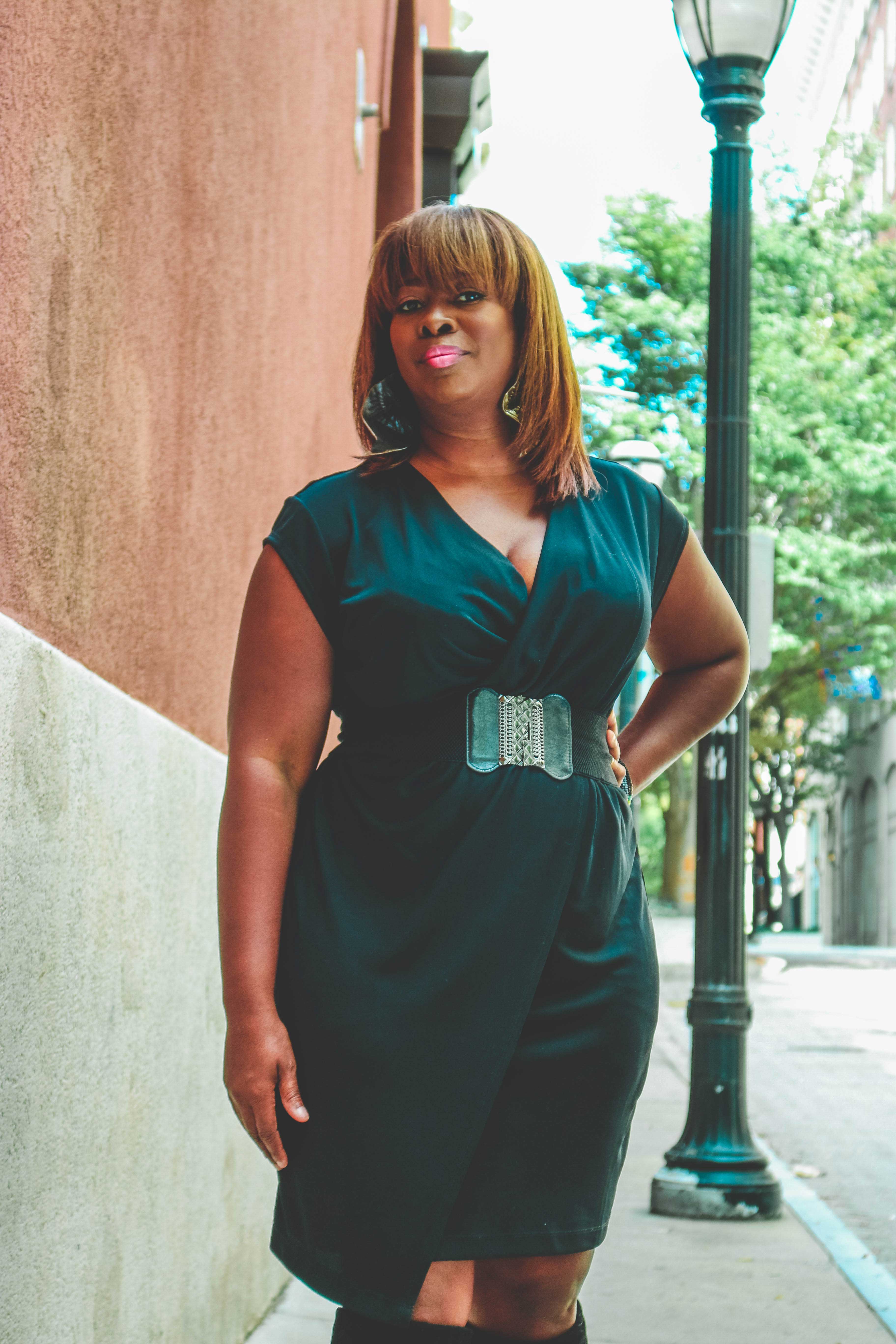 LaTosha Brown is a longtime political strategist and organizer whose efforts proved pivotal in the Alabama results. In 2016 she co-founded the Black Voters Matter Fund with fellow activist Cliff Albright. The nonprofit supports voter mobilization, primarily in Black and marginalized communities. It funds, strengthens and augments already existing infrastructure in Black communities that may have been underinvested in or underfunded.

“The goal is to build power in our communities,” says Brown, 47, born in New Jersey and raised in Mobile. The onetime statewide candidate has two decades of political experience. Traveling by car, Brown and Albright traversed the state’s back roads and byways, raising money to help grow support for participation in the election and future ones. Launching the Alabama Grassroots Mobilization Project, the duo brought in nearly $200,000 in just eight days to assist typically ignored counties. The two awarded micro-grants to community-based groups—the NAACP in Macon County, for instance—to get out the vote. About 32 grassroots organizations, most led by African-American women, benefited from grants of $1,000 to $10,000, which provided stipends for workers, transportation assistance, printed materials and more. 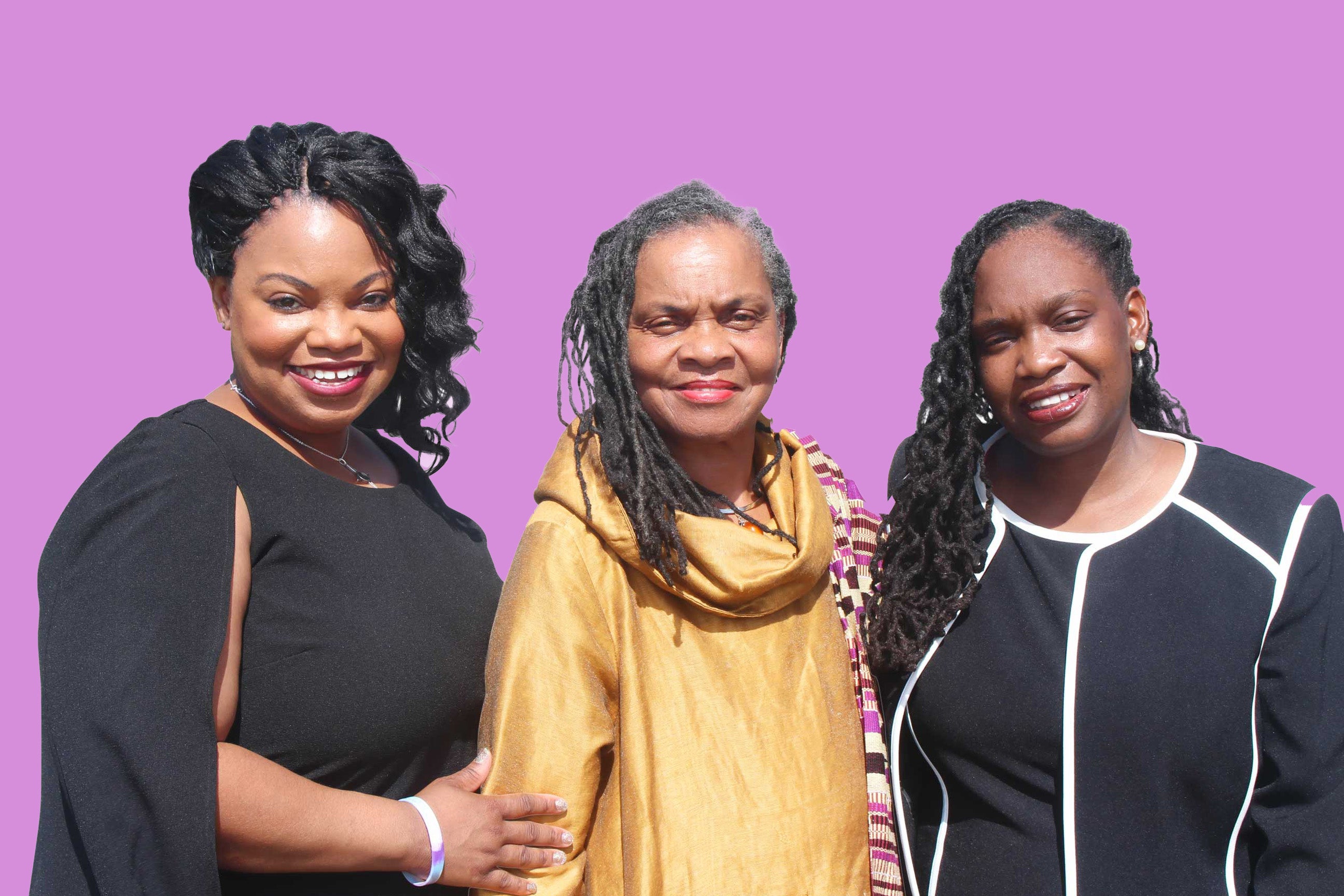 “Black women in the South depend on our relationships for our very existence and survival and are stronger for it,” says Ainka Jackson, 39, a lawyer and the executive director of The Selma Center for Nonviolence, Truth & Reconciliation; her group received a grant. “Our relationships aren’t political. They’re based in love and trust, which makes it harder to infiltrate and corrupt.” Jackson is an alumna of Spelman College and Vanderbilt Law School. Her parents, Hank Sanders and Faya Rose Touré, were active in the Civil Rights Movement.

Sanders is the first Black state senator from the Alabama Black Belt since Reconstruction. Touré is reported to be the state’s first African-American female judge. “A lot of poor people stopped voting,” says Touré, 73. “The White officials throw out a carrot. And even Black officials have not always served their interests.” In response, she founded the Vote or Die campaign in Alabama and leads direct action work for the Saving OurSelves movement. Touré has staged voting rallies and stood on corners as a “human billboard,” she says. “We’ll ask nightclub owners to make an announcement. Anything to get people to vote.”

It wasn’t so long ago that African-Americans couldn’t cast their ballots in the deep South amid the era of segregation and Jim Crow laws. The heart of Dixie helped shape the Civil Rights Movement with seminal events the nation and world watched. “After Emancipation, the minute they got their freedom, Black people immediately set about building institutions and trying to vote,” says Melanye Price, Ph.D., an associate professor of Africana studies and political science at Rutgers University. “During Reconstruction Black women used to accompany their men to the polls with rifles to protect them. And Black women participated in suffrage efforts.”

The Voting Rights Act, signed into law in 1965, was a triumph, though it wasn’t the end of the struggle for equality. “There’s unfinished business of the Civil Rights Movement,” says Malika Sanders Fortier. The lawyer and activist from the Sanders clan, who hopes to win her father’s seat in the Alabama legislature after he retires, is part of a wave of Black women seeking elected office here. “So many people sacrificed to help make America a democracy,” says the wife and mother of six. “That promise has not yet been fulfilled.” 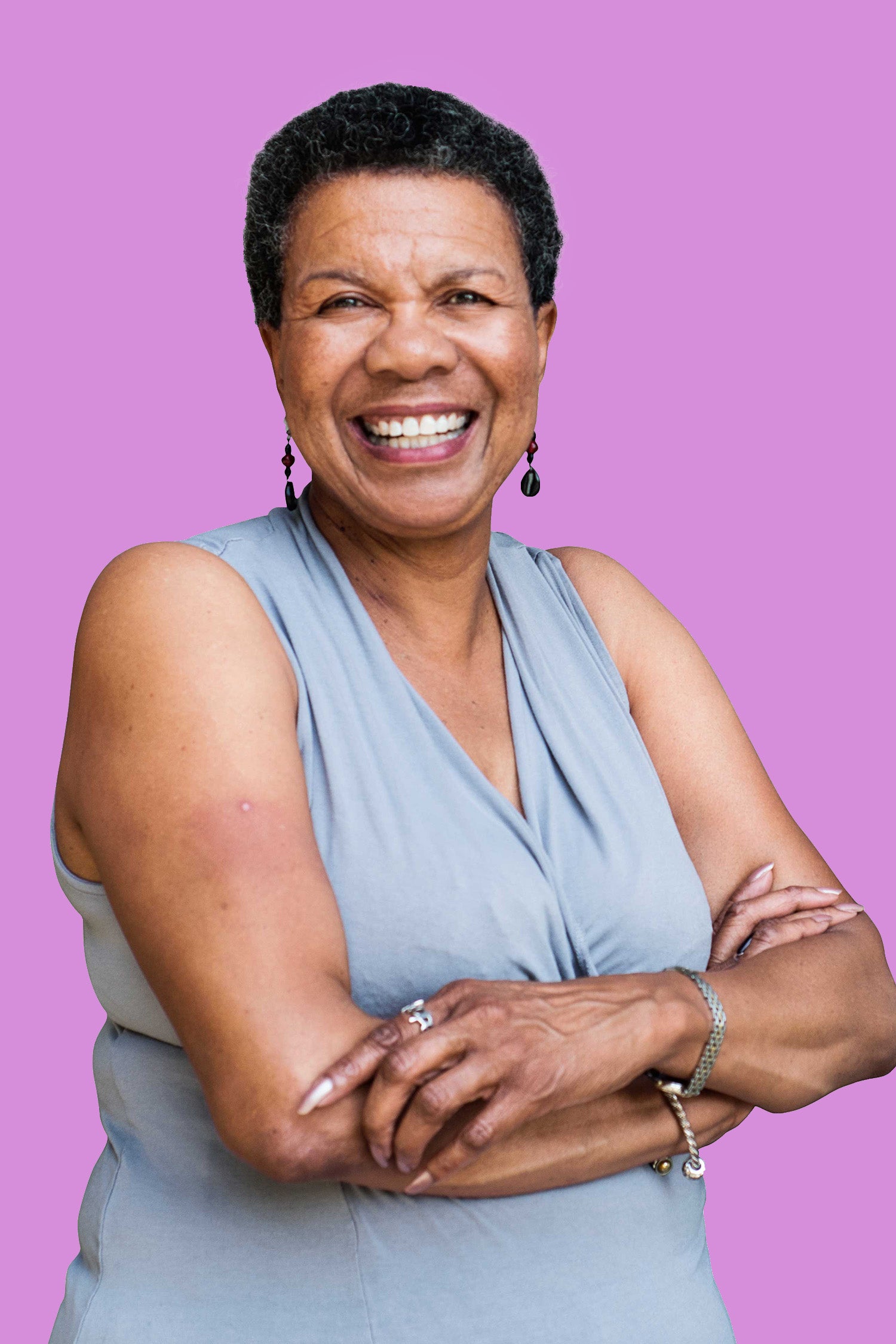 Across Alabama there are countless unsung Black sheroes leading grassroots groups whose missions often meld community uplift and voting. Sheryl Threadgill-Matthews, a social worker, cofounded BAMA Kids, Inc., back in 1993, which serves toddlers to teens by offering tutoring, mentoring, exposure to the arts and life skills, including voter education and advocacy. As one of eight students who integrated the all-White school system in Wilcox County in 1967, the lifelong voting advocate is training the next generation. In the recent election children knocked on doors, made calls and handed out nonpartisan flyers. “I tell kids how politics impacts so much of their everyday lives, from their driver’s license to the old textbooks they have at school,” says Threadgill-Matthews, 65, a great-grandmother whose minister father knew and worked with the Reverend Dr. Martin Luther King, Jr. “The kids understand voting. We’re gathering young people and pouring hope and ambition into them.” 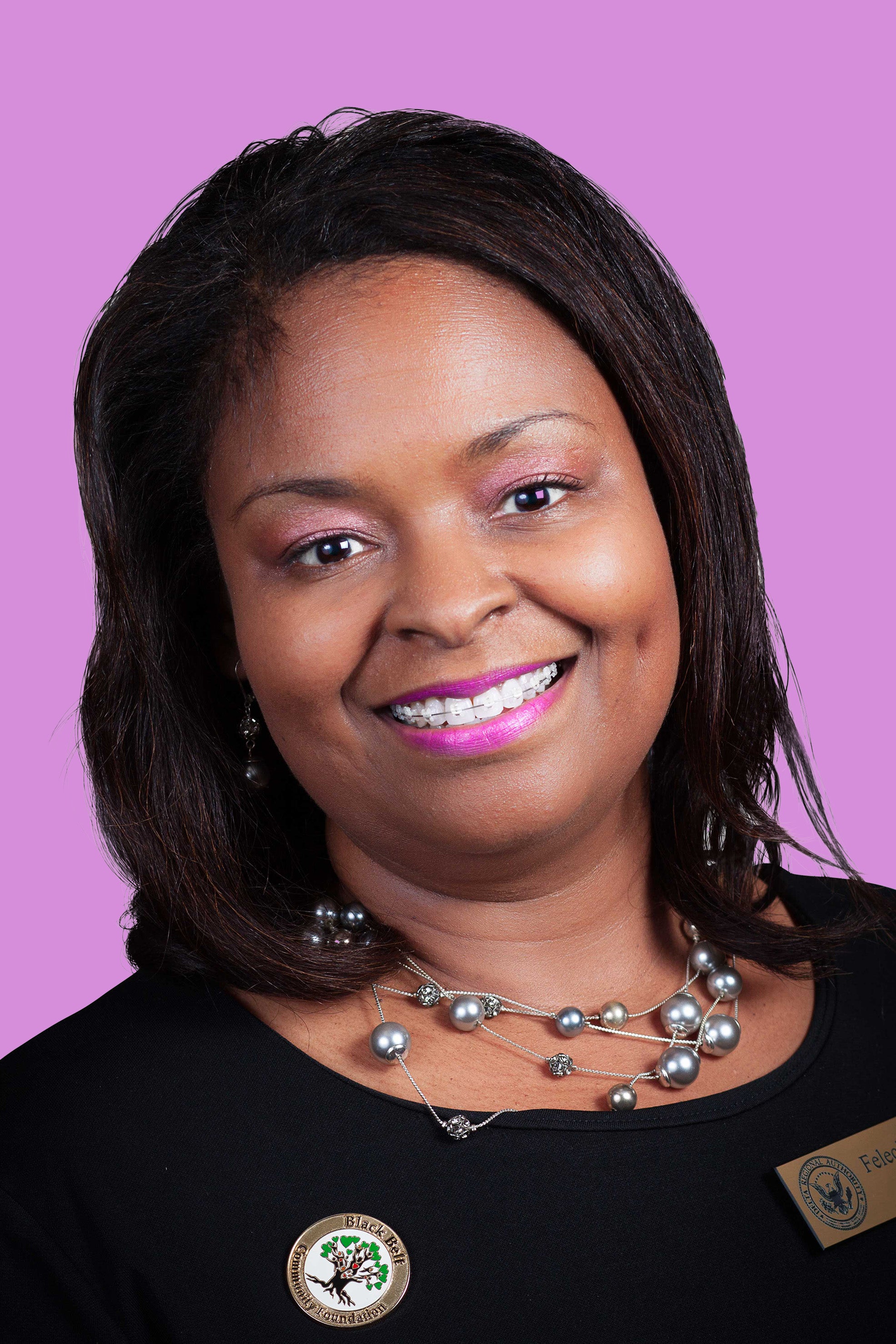 Felecia L. Lucky is president of the Black Belt Community Foundation in Selma, which addresses health care, education and economic and community development. “My mother is a teacher, and my father was part of the Civil Rights Movement as a member of SNCC [Student Non-Violent Coordinating Committee],” says the Livingston native. “On Saturday mornings we had to get up to do voter registration.” Hailing from a family of Tuskegee University graduates, the M.B.A. holder traveled the globe in a former job but knew there were serious issues to tackle in her own backyard. “So many of these systems—poverty and substandard education and housing—have been created to oppress us. We must fix it, and it takes all of us to move forward. If we [allow] these systems [to remain], the work of our ancestors [would be] in vain.”

DeJuana L. Thompson created Woke Vote, a program designed to educate, mobilize and turn out the African-American community during the special election. Targeting millennials and faith-based voters, the program had an independent outreach strategy that raised more than $4 million from donors and made 100,000 contacts on HBCU campuses, churches and elsewhere. “Many of us feel it’s time to build our own structures and institutional pathways,” says Thompson, 35, who has held posts with the Democratic National Committee (DNC) and been a staffer on the campaigns of Senator Cory Booker and former President Barack Obama. Still, “movements cannot be centered around a candidate or a campaign,” says the partner in the Washington, D.C., consulting firm Think Rubix, which crafted the Woke Vote electoral strategy. “We’re creating something that will live beyond…. When you invest in Black women and people of color strategically and intentionally, anything is possible.” Waikinya Clanton, director of African-American and Women’s Outreach for the DNC, notes, “Without a doubt, Black women stand firmly at the core of our Democratic Party. After last year’s elections, the fact that we are a force to be reckoned with at the ballot box shouldn’t be a secret to anyone.” Adrianne Shropshire, executive director of BlackPAC, a national super PAC, is a testament to this. The New York City resident helped mobilize voting victories in both Virginia and Alabama: “We had six offices across Alabama. We had 1,300 canvassers [and did] mailings and phone calls. We knocked on 500,000 doors.” Other national Black-led groups, among them Color of Change and The Collective Pac, raised funds and promoted turnout for the election via radio spots and digital campaigns directed at Black voters.

For Jazlyn Fuller, a native Californian who earned a Tuskegee degree, a new day may be rising in Alabama politics. “I believe my generation has the power, tools and resources we need,” says Fuller, 26, who had a hand in rallying voters. “Patriarchy has been in power for centuries. Black women possess the nurturing, steadfastness and fierceness to lead.” 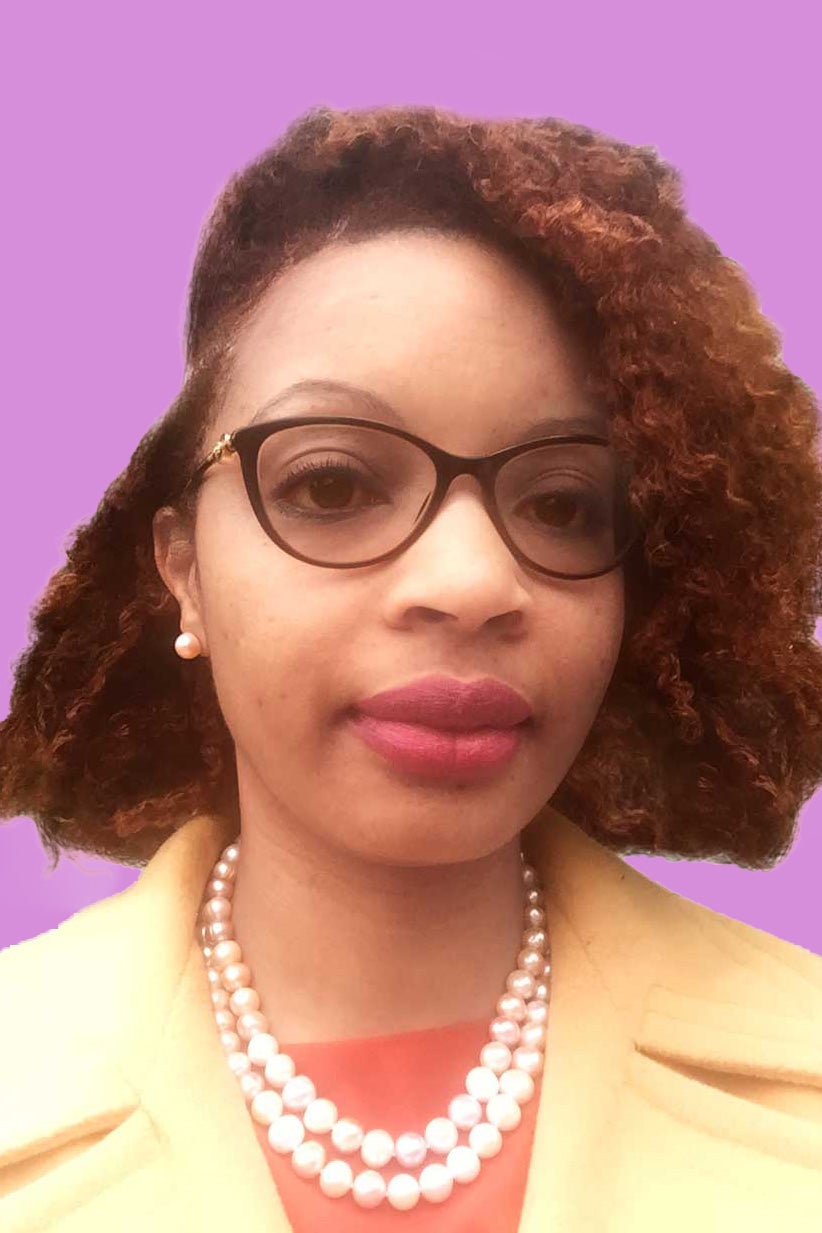 Ebony Washington, 39, another Tuskegee graduate, served as co-coordinator of the Alabama chapter for the Women’s March. She also founded Indivisible Alabama, which uses grassroots activism and direct action to facilitate change. “It’s easy to use Alabama as the country’s whipping child, but the same problems we must solve here to have a more perfect union exist everywhere,” she says. “Alabama is America.” The state’s African-American elected officials were part of voter mobilization efforts, too. Sheila Tyson is a Birmingham city councilor and convener of the Alabama Coalition on Black Civic Participation. “I’ve been registering voters since I was 6 years old,” she says. Congresswoman Terri Sewell, the first Black woman ever to serve in the Alabama Congressional delegation, is a graduate of Princeton University and Harvard Law. (She was classmates with Michelle Obama during undergrad and Barack Obama in law school before the couple met.) Sewell is known for her “organic” get-out-the-vote efforts—from National Urban League events to fish fries to fraternity-sorority gatherings. “I was glued to the hip with Doug Jones,” she says about being on the campaign trail, noting, however, that the election went beyond his candidacy. “What’s at stake is our very survival.”

So what’s next? An open letter focusing on accountability went out to Jones and co-signees such as activist Letetia Daniels Jackson, urging the new senator to hire Black aides and address issues like mass incarceration and health care; he’s reportedly set up meetings in response. Meanwhile, three Black women–led networks (the Southern Rural Black Women’s Initiative, Black Women’s Roundtable and Black Voters Matter Fund Capacity Institute) have united to continue the fight. “The real story behind the Alabama win is that Black women in the rural South have never stopped organizing and working in the region in spite of challenging circumstances,” says LaTosha Brown.

“Black women are the conscience and soul of America,” Brown continues. “For years we have fed, nursed, prayed, sung, organized, built.… I think of us as quilters. We take the fragments of beautiful pieces of what is in a society and stitch it all together with whatever thread we have. It’s organizing. We are organizers.”

Be sure to check out the extended version of this story, our 2018 Woke List spring and summer seasons in the latest issue of ESSENCE, on newsstands now!