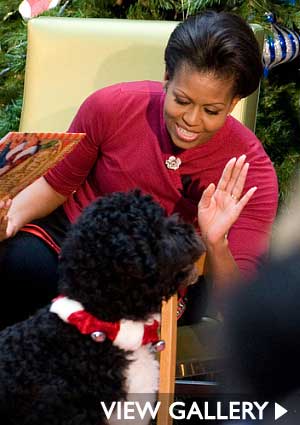 Kristy Lee Roshia will appear in a Hawaii court today charged with threatening First Lady Michelle Obama and assaulting a federal agent. The 35-year-old is said to have called the Secret Service last month, saying “I will kill Michelle Obama” and “I will kill Marines.” She was arrested in Kailua, Hawaii this past weekend less than two miles from where the extended Obama family plans to spend the holiday.

In one of many rambling phone calls Roshia made to the Secret Service office in Boston, she threatened to “blow away” the first lady. As far back as 2004 she told agents “although her mission is to assassinate the president she has no desire to hurt him,” according to an affidavit obtained by the Associated Press.

Roshia told the agents she knew the “exact location” where President Obama and his family would be staying in Hawaii over the holiday.

President Obama receives about 30 death threats a day, four times that of his predecessor George W. Bush, according to investigative journalist Ronald Kessler’s book “In the President’s Secret Service.”
Loading the player...