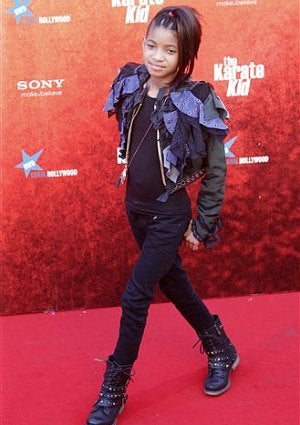 Pint-sized actress/singer and budding fashionista Willow Smith can now throw up her Roc sign after confirming that she was signed to Jay-Z’s Roc Nation label. Announcing a deal most grown singers can only dream of, an excited Smith told Ryan Seacrest the experience was both “amazing” and “overwhelming.” This comes just days after the 9-year-old budding pop singer released her song,” Whip My Hair,” which instantly became an internet sensation. As if being Will Smith and Jada Pinkett-Smith’s daughter weren’t enough, Willow was co-signed by rap mogul Jay-Z who called her an “innate talent.” “Willow is about to embark on an incredible journey and we look forward to joining her as she grows in all aspects of her career,” he said. So do we.