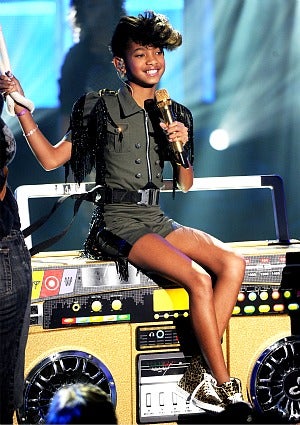 Willow Smith shows no signs of stopping. Fresh from wrapping her second music video, the 10-year-old is set to start filming a remake of “Annie.” And as suspected, the film will be produced by Jay-Z in a “filmventure” with her parents, Jada Pinkett Smith and Will Smith’s Overbrook Entertainment. There’s no word if the film will feature Hova-touched tracks, but we’d love to hear a little “Hard Knock Life” ala “Vol. 2…”

Jay-Z has collaborated with the Smiths before on Carol’s Daughter and on the successful Broadway musical “Fela!.” We can’t wait to see their take on Annie and how Willow, fashionista that she is, rocks the costumes.