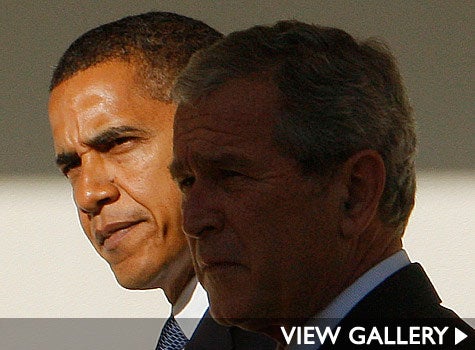 When a Black man was voted into the Presidency, many Americans were stoked. We knew that Barack Obama would mean a strong break from the right-wing, mainly White, men (and Sarah Palin) that had made a spectacle of America.

“Perhaps, I dared to dream, we might now enter a halcyon new age of reason and common sense, of calm voices and measured tones, with an end to all the screaming and name-calling,” wrote Kara Vallow in a piece for Huffington Post called, “No More Mister White Guy.”

But to Vallow’s confusion, the presence and antics of the extreme right Republicans is still very much felt. Vallow goes on to comment that the far-right has overpowered the voice of moderate Republicans, plotting the demise of the Obama Administration and making it very difficult for progress to be made.

“Since almost the moment Obama entered office, the right-wing white-faced hysteria has been louder and coarser than ever. The Moderate Republican is a vanished species and the dwindling remnant, overseen by mouth-breathing hacks and procedural fanatics risen to prominence during the long dark Republican Night, has reconstituted itself as the Party of No. And their No means No, in no uncertain terms: no to healthcare reform, no to immigration reform, no to any of the desperately needed remedies for a country that has long been crying out for its own bout of glasnost and perestroika, but isn’t about to get it, thanks to these fools.”

Vallow continues her commentary pointing out attention-seeking, media players like Glenn Beck, Sean Hannity, Anne Coulter, Bill O’Reilly and Rush Limbaugh’s roles in the continuation of the far right. She ends by reiterating that the “right-wing…hysteria” is still going strong, yet she seems still hopeful that they will pipe down … sometime.