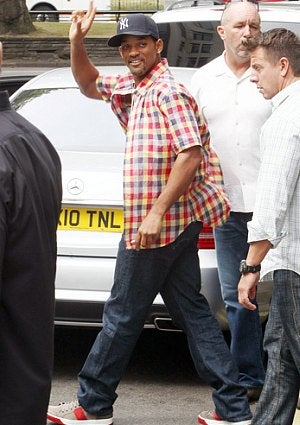 His wife is running things as lead actress and executive producer of “Hawthorne” on TBS. His son Jaden is a child action hero thanks to his remake of “The Karate Kid.” His daughter Willow is a budding fashionista. It’s time for Will Smith to step back into the limelight. This time, he’s coming back as the bad guy. The “I Am Legend” actor is set to play the title role in “The Legend of Cain,” his rep told Entertainment Weekly. “Cain” is based on the Biblical tale of Cain and Able, in which Cain kills his brother, Abel — only this story includes vampires. Before he takes on the Bible, Smith will face-off with more aliens as Agent J in “Men in Black 3,” which is expected to be released in Summer 2012, according to Access Hollywood.