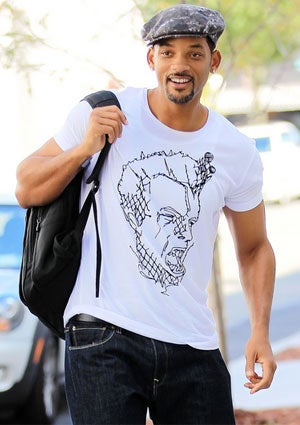 It’s safe to say West Philly will always have a soft spot in Will Smith’s heart. After hearing over 58 computers were stolen from West Philadelphia High School, Smith decided to donate 29 laptops and one desktop to get the school back on it’s feet.

The Will and Jada Family Foundation teamed up with Charlie Mack Cares to replace the stolen computers. The school was hit with a stunning robbery back in February — 58 laptops, two desktops and a LED projector were taken from school grounds according to AOL Black Voices. The estimated value of stolen goods totaled between $80k and $100k. Luckily, local police have been able to find nearly half of the stolen property including the LED projector.

Without a doubt, this donation will go a long way in the classrooms of West Philadelphia High. We love it when celebs dig deep into their large pockets to help those in need. Continue to pay it forward, is what we say.