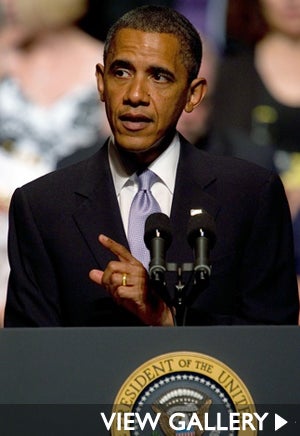 After Agriculture Secretary Tom Vilsack’s public apology to former USDA official Shirley Sherrod, taking full responsibility for his role in firing her without all the facts, he immediately huddled with the Congressional Black Caucus for a private confab. And it seems the CBC just might parlay this catastrophe into an opportunity for Black farmers. In a statement Wednesday afternoon calling for Sherrod’s reinstatement, the caucus of Black legislators also pointed out the issue of real discrimination waged against Black farmers by rural USDA officials. Obtaining a $1.2 billion settlement payment for those Black farmers, who won a civil suit against the agency in 1999 for being denied loans that were routinely given to White farmers, has been a top priority on the CBC’s agenda. The Obama administration announced the settlement earlier this year, but Congress has yet to allocate the money. Naturally, CBC members used their one-on-one with Secretary Vilsack to press him on the issue. In a statement following the discussion, CBC Chairwoman Barbara Lee said, “The meeting provided an opportunity to openly discuss longstanding issues of equity within the U.S. Department of Agriculture such as… the Black and Native American Farmers settlement to address decades-long discrimination.” Shirley Sherrod herself is also using her unexpected publicity to ramp up action surrounding Black farmers. Speaking on “Good Morning America” today, she said she wants to talk to President Obama to hear that he is fully committed to fighting widespread discrimination against Black farmers in USDA. Beyond a brief statement last February saying that he looks forward to “a swift resolution to this issue, so that the families affected can move on with their lives,” President Obama himself has been silent on this issue. With the Shirley Sherrod fallout inadvertently bringing new attention to their plight, will he finally use the bully pulpit of the presidency to demand that Black farmers finally get the money they are owed? For more of Cynthia Gordy‘s Obama Watch stories, click here.