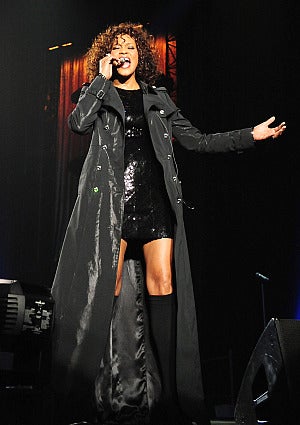 It seems Whitney Houston’s legendary pipes need some rest and repair. The pop and R&B songstress postponed a concert in Paris, originally set for Tuesday, April 6, pushing back the European leg of her world tour, due to illness, according to Billboard. “Whitney is suffering from an upper respiratory infection and after a consultation with her doctors has been advised to postpone her performance,” a statement from her concert’s organizers said. “Whitney and her band apologize that the show has to be rescheduled on such short notice.” Houston plans to get back on stage in Manchester, Britain, on Thursday, April 8. While some critics and fans claimed Whitney was not performing at her best during the Australian leg of her tour, Houston’s publicist Kristen Foster told Billboard the diva was having a “terrific time on her tour and with her fans.” She is set to perform in the U.K., Italy, Switzerland, Germany, Austria, Belgium, Denmark, Norway, Sweden and Finland by June. Read More: