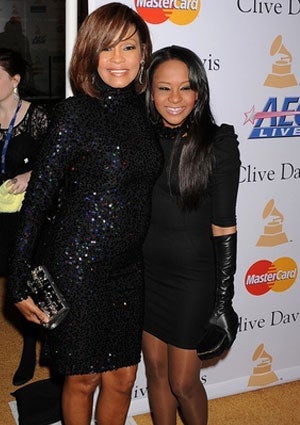 Today, the blogosphere erupted with news that Whitney Houston is allegedly urging daughter Bobbi Kristina to enter rehab. The news comes days after photos surfaced of Bobbi Kristina doing what looks to be snorting drugs.

According to The National Enquirer, Whitney cut plans to celebrate her daughter’s 18th birthday in Atlantis, Bahamas and planned a family meeting instead. The popular blog site says that Whitney told her she was taking back the Lexus she purchased as a gift and that she was indeed placing her in rehab.

If reports are true, we applaud Whitney for taking a stand against her daughter’s behavior — as she’s fully aware of the harsh consequences. It’s reassuring to see a mother stick by her daughter and place her on a path of good health and positive living. According to Whitney’s 2009 interview with Oprah, her mother, Cissy, staged a similar intervention bringing a sheriff with her to ensure the job got done — thankfully it turned out for the best. We look forward to seeing this family work out its problems.