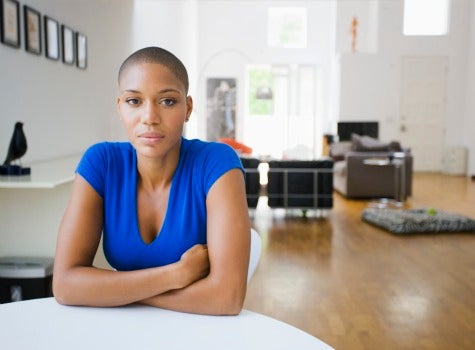 When Karyn White’s “Superwoman,” came out back in 1988, all the working girls, trying to keep their bosses, children, friends and men happy exhaled. We’d been trying to express White’s frustration for a while. Twenty-two years later — just when we thought men finally understood that we’re not machines — a new poll revealed that single guys are still looking for their superwoman. She is career-oriented and brings home a lot of money, but is also willing to stay home and raise the kids. She always looks fabulous, yet is able to get ready in less than 10 minutes. She devours burgers and chili cheese fries like a frat guy but still maintains a slim frame. We want to meet the woman who can do all of this and still find time and energy to have intelligent, robust conversation and earth-shattering sex with her man, so that we can give her the evil eye. We asked our Facebook friends if they feel pressure from men to be superwomen. Here’s what you said: Aukendra: “I am a human being, not a Barbie doll. Most guys that I have dated are able to fall short, but I can’t. I must look good at all times, cook like I grow my own garden or grew up cooking in the ’60s. I must also have a career, making six figures and I need to be able to take care of the children. Meanwhile, when it comes to fixing something around the house or doing things that my father and the men I grew up around could do, they are clueless. This just doesn’t seem fair.” Sheila: “I think women put more pressure on themselves to be superwomen to their husbands, children and friends. I’ve learned to do the best that I can. If that means chicken nuggets for dinner after a long day’s work, then fine.”   Aretha: “Is being able to have a job, cook, look good and take care of home really being a superwoman? If so, then the women before our generation were super duper phenomenal women because many of them did that and then some in much harsher times.”   Lurelia: “Being raised by two serious old school Southern belle’s, I was expected to run the house and the boardroom perfectly while being a great wife, mother, daughter and friend. I don’t feel great at any of it.” Anita: “I have found that men tend to find a woman who is handling her business at home and in her career and keeping herself together while doing it appealing. As a woman I also love to see my sisters on top of their game and I definitely consider myself a superwoman. I am a full-time student, mother of three boys, divorcee, who works part-time. My grades are pretty good too. And yes, I’m fierce and fabulous.” Deborah: “For me, the pressure does not come from my man. It comes from within. It is the drive within me that pushes me to be the superwoman, focusing on my career, taking care of home and definitely looking fierce.” Romayn: “I think it’s important to set the standard for ourselves and not let men have us feeling deficient because most of us are doing a phenomenal job once we really sit back and take inventory.”