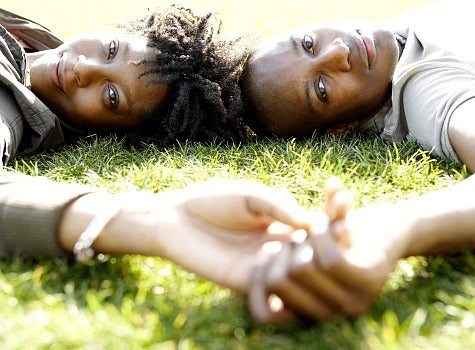 Somewhere out there last Sunday, the last day in a weekend following yet another lackluster Valentine’s Day, a sista settled into her favorite pew of her church with her Bible pressed into her lap and a short litany of prayers to send up to the Lord at the altar. At the top of that list: a gentle reminder to “The Great I Am” that she is still looking for the one.

It’s not like she hasn’t positioned herself to find or be found. She’s registered for every conference, luncheon and mixer hosted by the single’s ministry since she made the suggestion that one should be launched. She’s prayed, fasted and prepped herself. And she’s dutifully heeded warnings from ministers who advised her to seek a man with whom she is “equally yoked.” She has every intention to do just that. Except like many of us, she’s not exactly sure what that really means.

“Equally yoked” is a star in the glossary of church terminology, one of those phrases that we hear actively tossed around whenever the subject of relationships is on deck. But its definition hasn’t been easy to pinpoint. Although it’s been reduced to a Christian colloquialism, equally yoked started as a concept ripped from 2 Corinthians 6:14 in Paul’s letter to the church. “But somewhere along the line, somebody decided that he was talking about relationships. That same somebody also created a tradition of interpretation that says, ‘this means that a Christian should not marry a non-Christian,'” explains Dr. Cheryl Sanders, Professor of Christian Ethics at Howard University School of Divinity.

“The implication is you’re doing some kind of work or ministry together. If you’re doing ministry or you’re in partnership with somebody to whom that ministry doesn’t mean anything,” she says, adding, “it’s not going to help you do the work. And if that person is worshipping another God, then you’re going to be hard pressed to have any harmony of belief or ministry in the relationship.”

Although that particular part of the Word wasn’t rooted in the spirit of amorous love or marriage — in fact, if you read further, ol’ Paul makes it pretty obvious that he wasn’t much impressed by either one — its concepts of fellowship, harmony, agreement and sharing fit well within the building of a relationship. So it stuck as a guiding principle for potential couples and a rule of thumb for leaders like Sanders, who is also senior pastor of the Third Street Church of God in Washington, DC, to espouse that folks who love Jesus shouldn’t pair up with a Buddhist, Muslim or Hindu, for example.

Rev. Kellie V. Hayes, executive pastor of Hunter Memorial AME Church in Suitland, Md., doesn’t believe that Black women reading the 2 Corinthians verse should 1) take the scripture out of context of its New Testament time period and try to apply it verbatim to the here and now and 2) use it as a reason to limit themselves for who they can and cannot be with. “When it comes to matters of the heart, I’m just a little bit more open than that,” offers Hayes, who prefers to use 1 Corinthians 13 as a scriptural guideline for relationships. “I’m more concerned about the emotional health of the individuals and if they both have what it takes to make the relationship work for them in a way that allows them to feel loved and honored and alive and free to pursue their passions.”

In her experience being equally yoked, even between two Christians, has more to do with a sharing of values and principles that can vary depending on upbringing, background and church affiliation. “To some people, unequally yoked can mean ‘I’m a Christian and you’re a Christian, but I’m more mature than you are,’ or ‘I’m steadier’ or ‘I’ve been saved longer.’ Even that can be construed as unequally yoked,” she adds.

Still, the ambiguity of that and similar Christian catch phrases tangles communication. Author Christine Pembleton, who runs a relationship coaching firm called The Ready to Be a Wife Company advises the women she works with not to get hung up on terms that are imbedded in church. “You’re going around talking about ‘I want you to court me,’ and he’s like, ‘can we just be boyfriend and girlfriend?’ It’s the same thing, it’s just that your pastor gave you all these phrases that only you and the 12 people in your church understand,” she warns. “When you go out in the world and you’re trying to make that dating thing happen, you’re having difficulty because we have way too many languages.” She has a little firsthand experience living out the concept herself.

“When my husband and I first got together, my father thought we were unequally yoked because I was raised in the church and he wasn’t. But I told him, ‘my husband loves God and I feel God’s love when I’m with him,'” remembers Pembleton, the daughter of an ordained minister. “I think equally yoked has more to do with having the same destination and the same values. If you died today, what would you be upset about that you didn’t accomplish? Go into the core of what’s important to you, and if you find someone who values the same thing, then you’ll be walking together seamlessly.”

Being equally yoked, according to the remixed definition for the 2000s and beyond, means sharing the same set of beliefs and values, regardless to whether our mamas and daddies raised us in church or not. Surely this pandemic of single sista hysteria has given us more than enough reasons to analyze, examine and research our single-dom with the same intensity as other natural mysteries like El Nino and global warming. We just know three things: we want to be adored, we want to be married and we want to be happy. Whether or not Christian women should marry outside of their faith is fodder for all kinds of debates, just like the question of interracial hook-ups and May/December romances. In the end, it’s kind of hard to believe that God would package Black women as these awesomely beautiful, powerful creatures to limit us so rigidly when it comes to finding a life mate — and let us sit through another loveless, lonely Valentine’s Day.

A Deacon, Retired Teacher, And Grandparents Among Victims In...