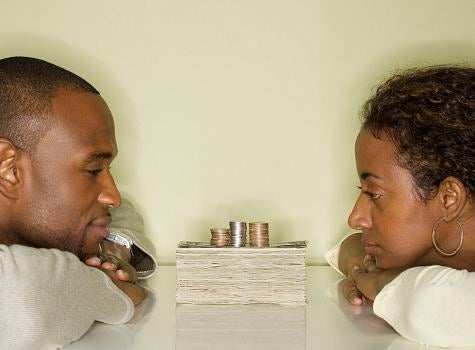 On the surface it looks like so much has changed economically for African-Americans: More of us are college grads, homeowners and investors. It seems like we’re living the American dream. And yet, quietly bubbling under is the continual growth of an astounding wealth gap between Blacks and Whites, according to a new study from Brandeis University’s Institute on Assets and Social Policy. The study followed a group of families for 23 years (from 1984 to 2007) and found that while the net worth of White families went from $22,000 to $100,000, Black families lost their assets causing their net worth to only grow from from $2,000 to $5,000. Even with higher-earning African-American families, the median value of financial assets was still far less than high-earning White families: $18,000, compared to $240,000. Should we be surprised? Maybe not if we look at how much discrimination in credit, jobs and housing affect families. The study found that when it comes to housing, African-American families were twice as likely to be given high-cost mortgages than Whites. Added to that the fact that the deregulation of the lending market opened the gates to predatory lending, payday lending and cash-checking stores in low-income neighborhoods. As a result, more African-Americans rely on high-cost debt credit to survive. “Even when African-Americans do everything right — get an education and work hard at well-paying jobs — they cannot achieve the wealth of their White peers in the workforce, and that translates into very different life chances,” said Thomas Shapiro, co-author of the study.