Attacks on minorities by right-wing extremists is a growing threat that has been recently exacerbated by the brazenness of these violent homegrown terrorists since President Donald Trump took office.

Hundreds of hateful incidents were reported after Trump’s election victory. During his campaign, Trump spewed ideologies from the radical right. This made right-wing extremists — including white supremacists, militia members, and sovereign citizens — feel vindicated for all the hate they had been spreading online and behind closed doors for years.

Trump solidified his romance with the far right by appointing Steve Bannon, a modern face of racism and the former head of Breitbart News, a far-right media outlet, as his chief strategist and senior counselor. Bannon’s presence at the president’s right hand further energized right-wing extremists who now feel that their ideologies are represented at the highest political level.

The Southern Poverty Law Center has collected over 1,300 reported bias incidents since the 2016 election. The incidents range from bomb threats at Jewish Community Centers across the country; to an accumulation of flyers advertising for nationalist alt-right groups on college campuses, and minorities being yelled at to “go back to your country.”

In many cases, these incidents have gone beyond threats to murders.

The 23-year-old Bowie State University student was stabbed to death on May 20 while visiting friends on the College Park campus of University of Maryland, three days before he was due to graduate. Collins, who was also a US Army second lieutenant, was at a bus stop on campus around 3AM with his friends when 22-year-old Sean Christopher Urbanski approached them.

Witnesses say Urbanski started yelling at Collins to “Step left, step left if you know what’s good for you.” When Collins did not oblige, Urbanski stabbed him in the chest.

Urbanski was charged with first and second-degree murder as well as first-degree assault. He reportedly belonged to an alt-right Facebook group called the “Alt-Reich: Nation.” When police learned of the Urbanski’s involvement in the racist group, they asked the FBI to investigate the murder as a hate crime.

Collins was laid to rest by his family on Friday. 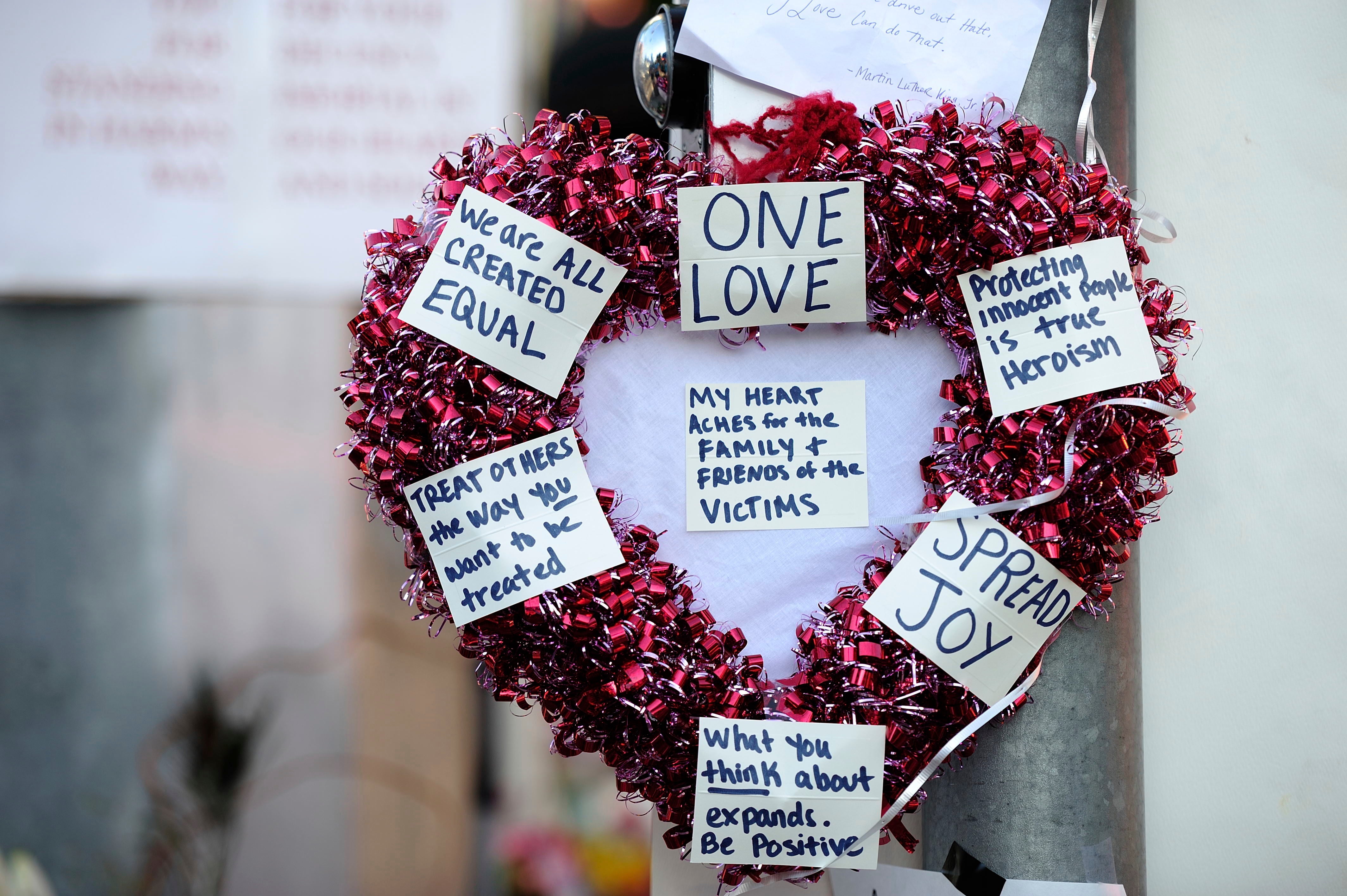 Avowed white supremacist, Jeremy Christian, got on a light-rail train in Portland Oregon on May 26 and started screaming in foul language that he was a taxpayer and coloreds were running the city. He then turned his attention to two teenage girls, 16-year-old Destinee Mangum and her friend who was wearing a hijab, and hurled anti-Muslim insults at them. “

He told us to go back to Saudi Arabia and he told us we shouldn’t be here, to get out of his country,” Mangum told CNN affiliate KPTV. “He was just telling us that we basically weren’t anything and that we should just kill ourselves.”

Rick Best (53), Taliesin Myrddin Namkai-Meche (23) and Micah David-Cole Fletcher (21), who were strangers to these girls, tried to talk Christian down and formed a barrier between the girls and Christian who suddenly brandished a knife and slashed all three men in their necks. Best and Namkai-Meche died of multiple stab wounds. Fletcher survived and was in court Tuesday, sitting in the front row watching as Christian was arraigned on several charges, including two counts of aggravated murder, attempted murder, two counts of second-degree intimidation and being a felon in possession of a restricted weapon. Federal authorities are still deciding whether to prosecute Christian for hate crimes.

CNN reports that Christian walked into the courtroom Tuesday yelling, “Get out if you don’t like free speech. You call it terrorism, I call it patriotism. You hear me? Die.”

A noose was found in the National Museum of African American History and Culture (NMAAHC) on Wednesday, near an exhibit highlighting segregation in the United States, Reuters reports.

The noose — long representing the taut and dark history of racism in this country — was said to be found in a public gallery on the second floor; also home to a private, more secluded gallery that houses the coffin of Emmett Till, the Black teenager who was lynched in Mississippi after being falsely accused of whistling at a White woman.

The area was closed off to guests for about three hours while U.S. Park Police investigated.

In an internal email, secretary of the Smithsonian Institution Davis Skorton called the incident an "act of hatred."

"The Smithsonian family stands together in condemning this act of hatred and intolerance, especially repugnant in a museum that affirms and celebrates the American values of inclusion and diversity," he wrote. "We will not be intimidated."

“The noose has long represented a deplorable act of cowardice and depravity — a symbol of extreme violence for African Americans," founding director Lonnie Bunch wrote in a statement. “This was a horrible act, but a stark reminder of why our work is so important."

This is the second time in less than a week that a noose has been found on Smithsonian grounds. Last Saturday, the symbol of hatred and death was found hanging from a tree near the Hirshhorn Museum. The incident is yet another in a month marred with racially motivated attacks from self-proclaimed White supremacists, including the Portland attacks and the fatal stabbing of Bowie State student Richard Collins III.

Authorities do not yet know who is responsible for the act. An investigation continues.

A noose was found in the National Museum of African American History and Culture (NMAAHC) on Wednesday, near an exhibit highlighting segregation in the United States.

The noose — long representing the taut and dark history of racism in this country — was said to be found in a public gallery on the second floor; also home to a private, more secluded gallery that houses the coffin of Emmett Till, the Black teenager who was lynched in Mississippi after being falsely accused of whistling at a White woman. The area was closed off to guests for about three hours while U.S. Park Police investigated.

In an internal email, secretary of the Smithsonian Institution Davis Skorton called the incident an “act of hatred.” This is the second time in less than a week that a noose has been found on Smithsonian grounds. Last Saturday, the symbol of hatred and death was found hanging from a tree near the Hirshhorn Museum.

LeBron James offered his first public comments Wednesday after his Los Angeles–area home was vandalized by a racial slur.

In a thoughtful, lengthy response to a reporter's question, James first said that his family was safe before reflecting on race and racism.

"Racism will always be part of the world, part of America," James said. "And hate in America, especially for African Americans, is living every day."

The Los Angeles Police Department said Wednesday that it was investigating a racial slur painted on the front gate of James's home. An unknown vandal scrawled the N–word onto James’ gate, according to NBC 4.

In his comments, James brought up the mother of Emmett Till, a 14-year-old black boy lynched in Mississippi in 1955. He recalled Till's mother's decision to hold an open–casket funeral for her murdered son.

"The reason that she had an open casket is that she wanted to show the world what her son went through as far as a hate crime and being black in America," James said.

James has been increasingly willing to speak out on social and political issues, especially related to race. He famously wore an "I Can't Breathe" shirt during warmups in 2014 to protest the NYPD killing Eric Garner, and he gave a joint speech about violence and racism with Chris Paul, Dwyane Wade and Carmelo Anthony at the 2016 ESPYS.

James is set to play in his seventh consecutive NBA Finals, which begin on Thursday.

Los Angeles police reportedly responded to calls at James’ Brentwood estate on Wednesday morning, where the N-word had been spray-painted on the front gate. The Cleveland Cavaliers star was not at the $20 million home at the time, ESPN reports. A property manager has since painted over the racial slur.

“Racism will always be part of the world, part of America,” James said. “And hate in America, especially for African Americans, is living every day.” 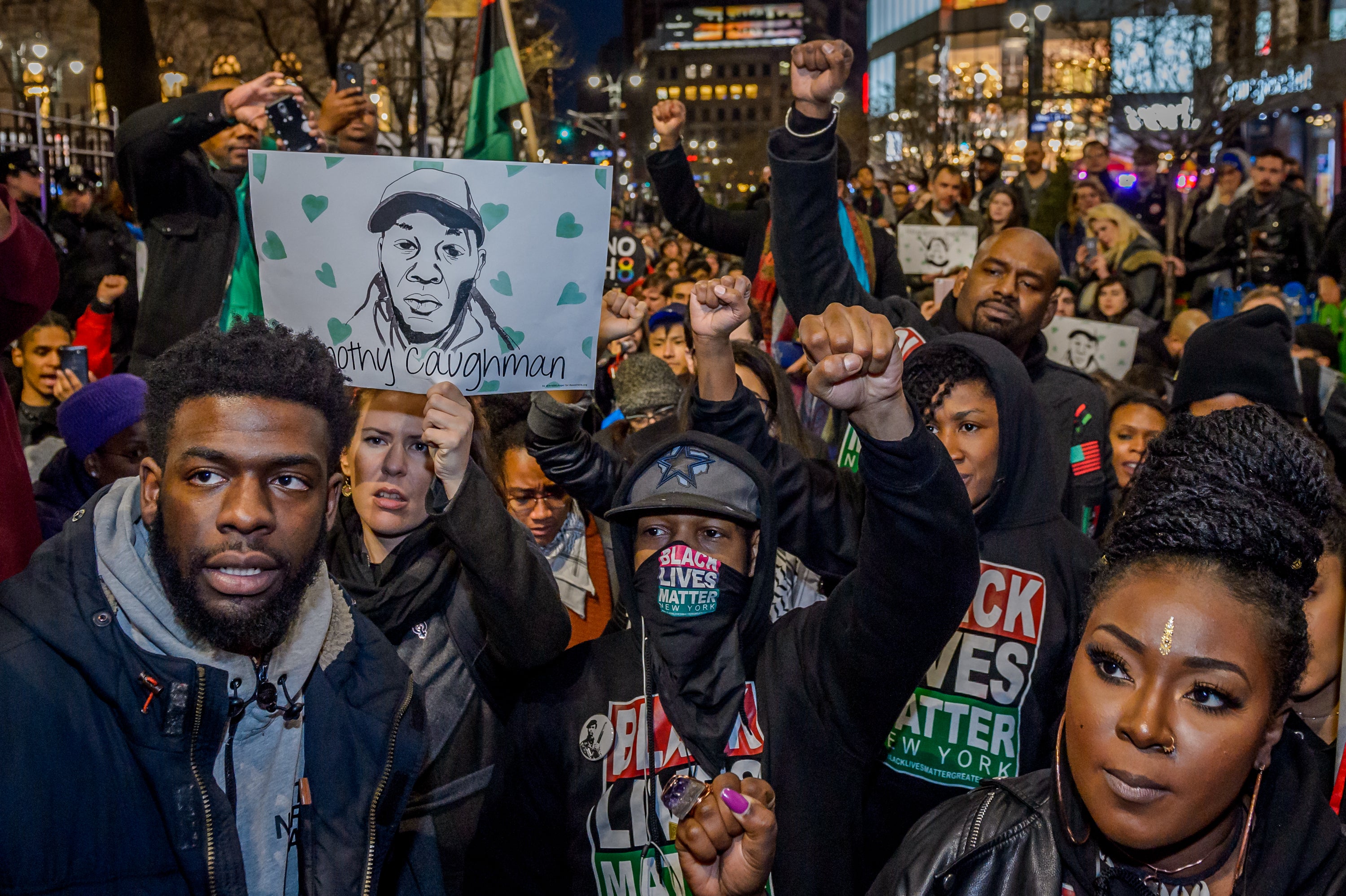 A 28-year-old white man traveled from Baltimore to New York in March with a sword and two knives. His sole intention was to kill as many Black men as possible because he was angry at Black men for mixing with white women. James Harris Jackson booked himself into a hotel in Times Square and then started stalking potential victims.

Timothy Caughman, a 66-year-old can and bottle recycler, caught Jackson’s eye. He stabbed him multiple times with the sword while, eyewitnesses say, Caughman was asking him what he was doing. Caughman managed to drag himself to a nearby police station and was transported to a hospital where he was pronounced dead.

Jackson told police that he stabbed Caughman as practice and had intended to go to Times Square to find and kill younger, or more successful Black men who would most likely date White women. But he changed his mind and handed himself in when he saw pictures of himself on the news.

He was charged with murder as a crime of terrorism, murder in the first degree, murder as a hate crime, and three counts of criminal possession of a weapon. Jackson’s parents, whom he had described as “typical liberal” parents, in a jailhouse interview with the New York Daily News, stopped paying his legal fees after he was formally charged. 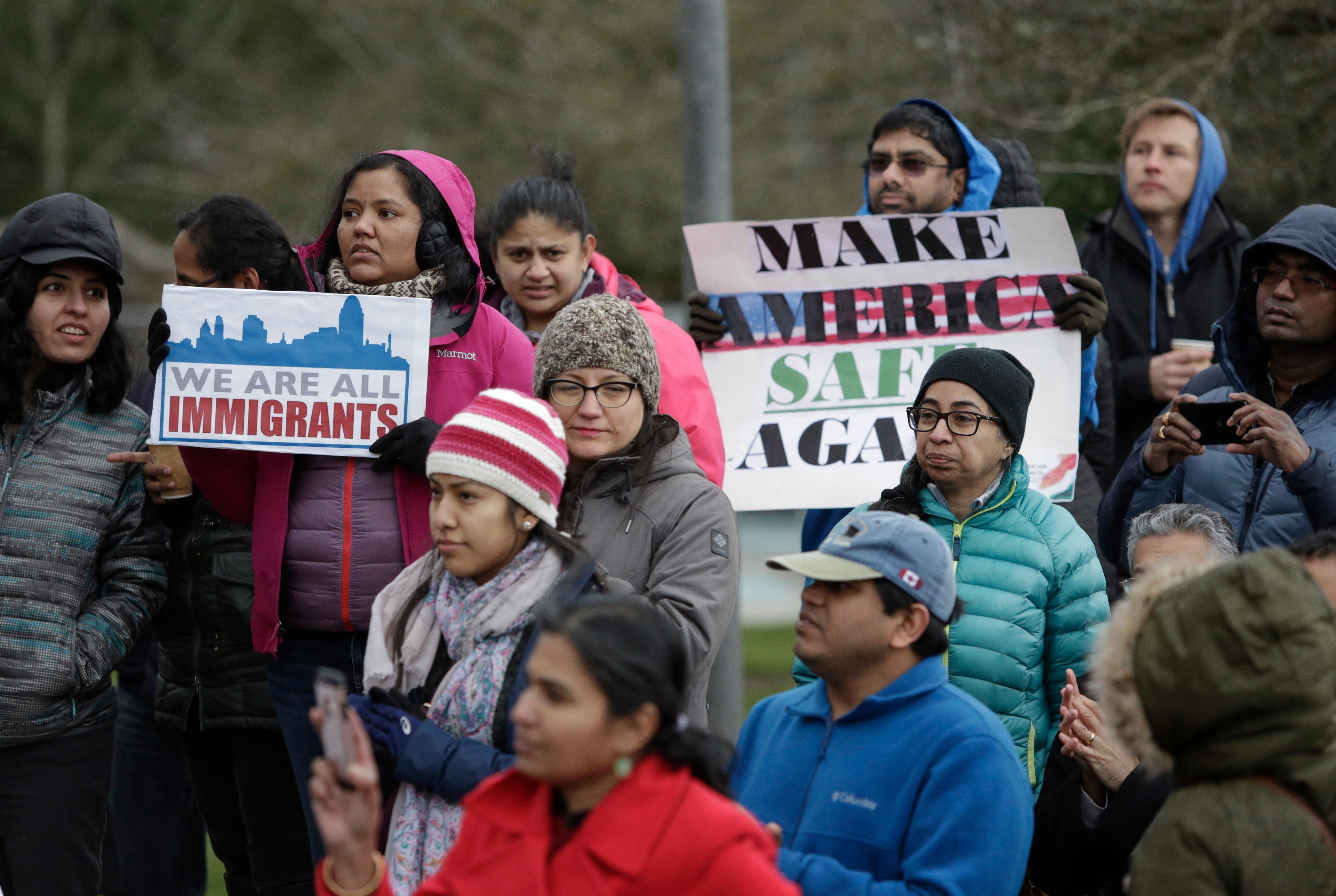 Kuchibhotla and his friend Alok Madasani, both 32-year-old Indian nationals who worked as engineers for GPS-maker Garmin, were enjoying after-work drinks at a bar in Kansas in February when a White man walked in and started harassing them. The man, later identified by police as 51-year-old Adam Purinton, asked the friends if they were in the country legally and got increasingly angry as they told him they had gotten their masters degrees in Kansas in 2006 and had been working there legally since.

Purinton was thrown out of the bar and later came back with a gun, shouting at Kuchibhotla and Madasani to “get out of my country” before opening fire, shooting them both. Witnesses say he was shouting racial slurs at the two men, whom he thought were Iranian.

Kuchibhotla died in the hospital and Madasani was released a few days later. Another man, 24-year-old Ian Grillot, was caught in the crossfire as he tried to intervene. He also survived.