Thousands of mourners on Monday came out to celebrate the life of Trinity Gay, the 15-year-old daughter of Olympic runner Tyson Gay, after a shootout in Lexington, Kentucky turned fatal for the teenager.

Students, friends, family and her parents came out by the numbers, all wearing the teenager’s favorite colors – pink and purple – and holding balloons and signs. The vigil was held at Lafayette High School, where Trinity’s Olympic sprinter father also attended. 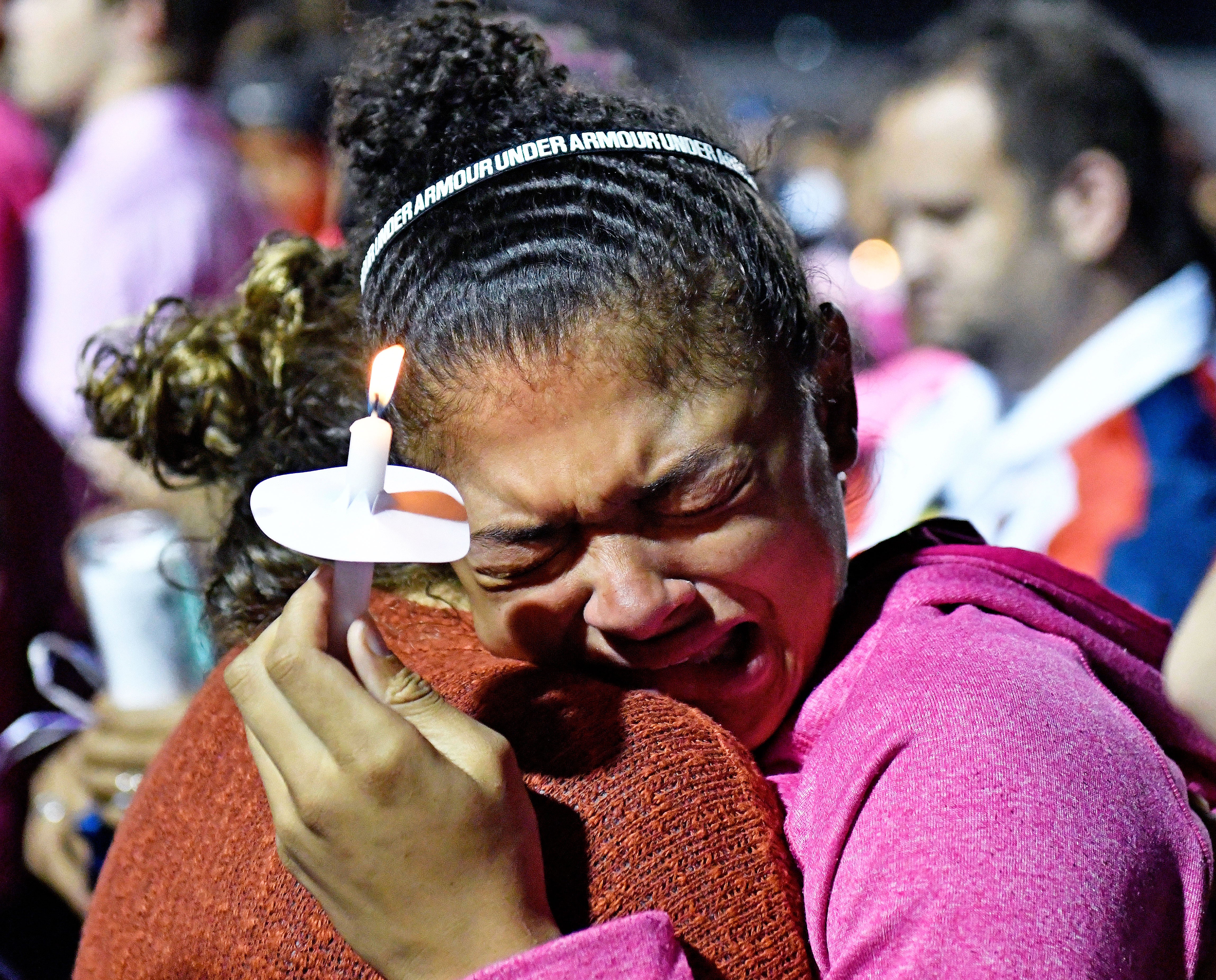 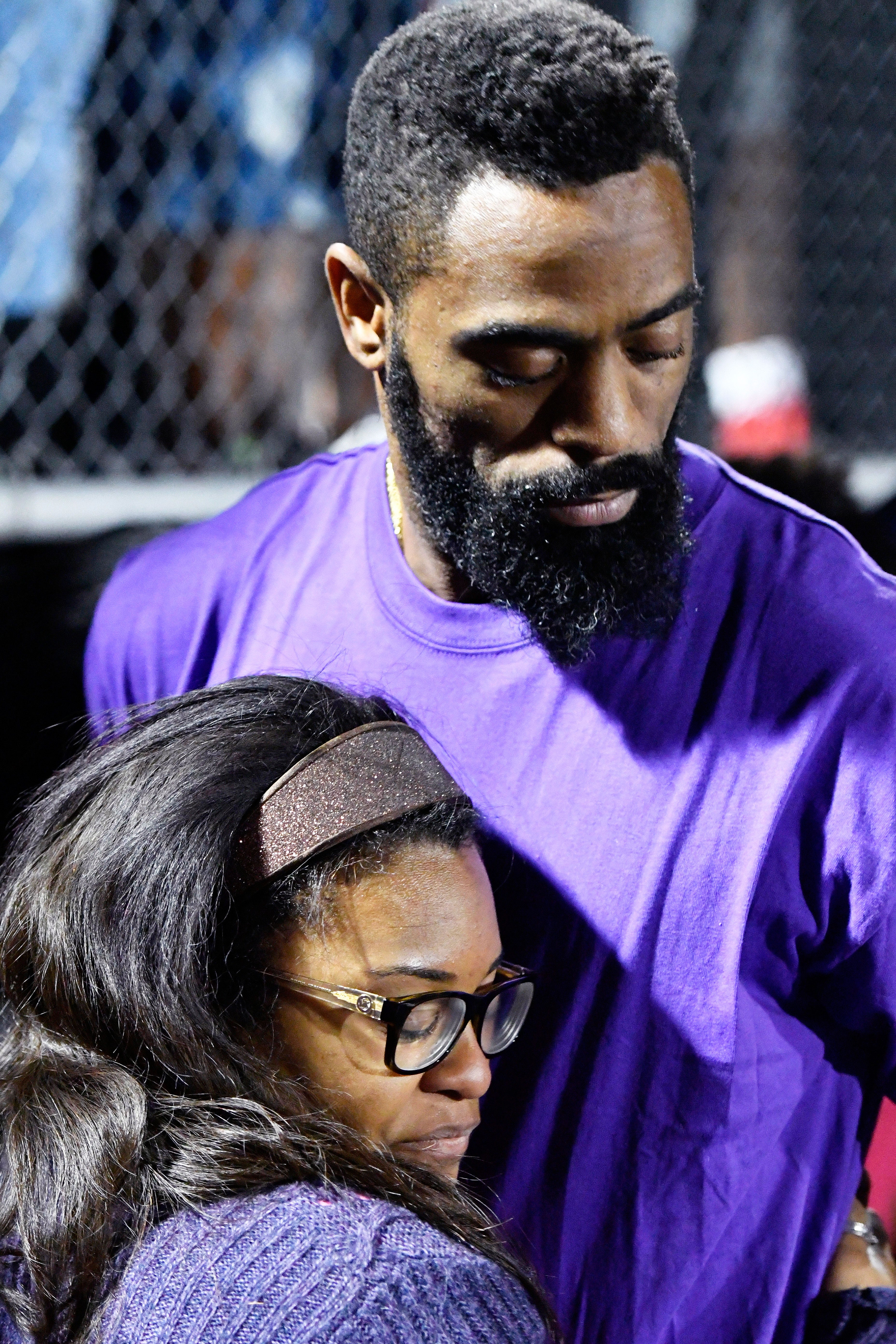 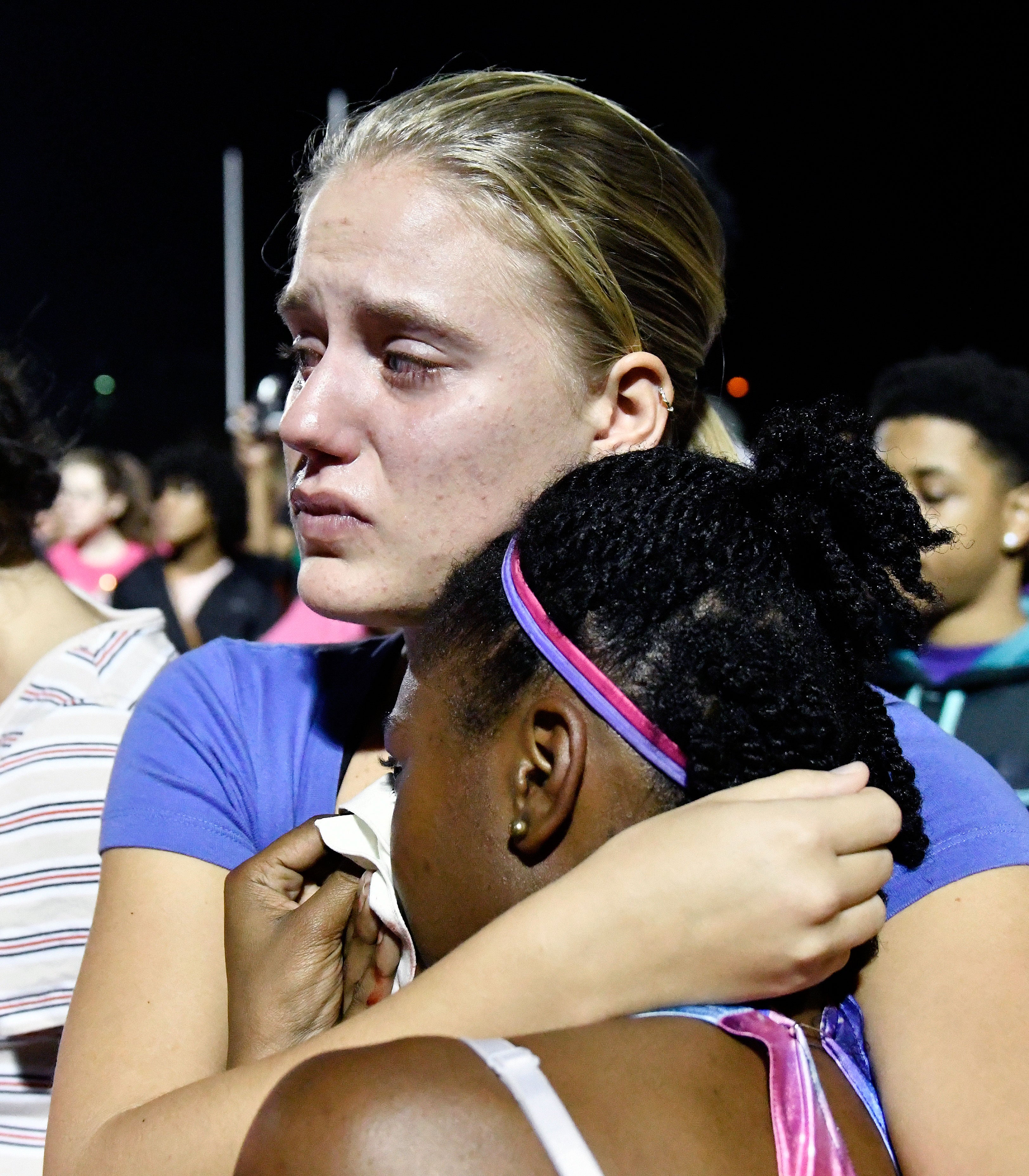 The celebration of life came as new information suggests the aspiring track star may have known the suspects arrested in connection with her death.

As reported by ESSENCE, Dvonta Middlebrooks, Chazerae M. Taylor, and his son D’markeo C. Taylor were charged in connection with the shooting. Middlebrooks also faces charges of possession of a firearm by a convicted felon.

Princess Stewart, a 17-year-old friend of the teenager, detailed the final moments before Trinity’s death in an exclusive interview with the Daily Mail. After celebrating at a friend’s birthday party, the teenagers headed over to a Cook Out restaurant to order food and hang out.

From the Daily Mail:

“I think there was a good 50 or 60 people in the parking lot,” Princess said.

“Me and Trinity were sitting inside the car, laughing and talking to each other. She said she had to go to the bathroom but Cook Out was closed, so she went to Waffle House next door. I watched her walk across the parking lot from the backseat. She made it over the Waffle House so I thought she was fine. Then I had to use the bathroom myself, I don’t know why I didn’t think to go with her to Waffle House. So I went to Shell [gas station] which is right across the street.”

By the time Princess got back from the Shell gas station, she heard the gunshots. Another friend, identified as Taylor Middleton, detailed the moments during the shooting.

“I tried to get in the car but the doors were locked so that’s when I got on the ground. I saw Trinity on the other side [of the car] and we start crawling towards each other. She looked up and said, ‘Taylor I’m shot, I’m shot.’ I couldn’t see, I couldn’t hear, I didn’t know what was going on. Then I saw the blood pouring down, I didn’t know what to do. I tried to stand up but then I realized, ‘oh my God, they are still shooting.’ I got back down and I got behind Trinity to get her to the car. They finally stopped shooting and Trinity started yelling, ‘I’ve got to get to a hospital.'”

Trinity died a short while later. Princess told the Daily Mail that while Trinity knew the father and son duo charged in her shooting, she did not recognize them in the parking lot of the Cook Out restaurant.