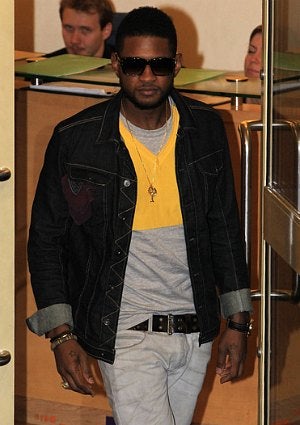 Usher and Tameka Foster have split up for over a year now, but the singer says their highly publicized breakup helped put him back into the spotlight. “In an era when sensationalism is more prevalent than anything, yeah [the split helped my popularity],” Usher admitted to “Playboy” in its November issue. “People love a train wreck. Lindsay Lohan — everybody is eager to see how that comes out. This is somewhat the same thing.” Everybody is also eager to see who will steal the 32-year-old father’s heart next. We’ll have to wait a little while though; Usher says he’s not in a hurry to settle down again. “Seeing how marriage didn’t work out for me the first time, I’m in no rush to do it again,” he said. “Maybe I can find a couple of women with an open-mind. Look at how Hugh Hefner does it, with a harem of women.”