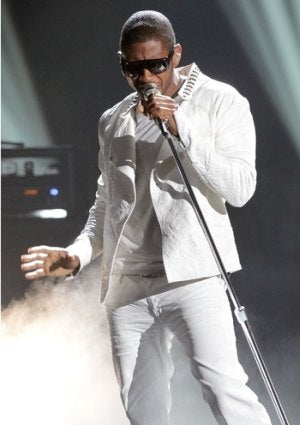 With “O.M.G.” still in the running for Summer 2010’s hottest song, Usher is back on top. Time for a biography show. VH1 documents the life and times of Usher Raymond on an upcoming episode of “Behind the Music.” According to Atlanta Journal Constitution, the show, which airs on Monday July 19 at 8 p.m. ET, delves into Usher’s childhood, his relationship with his mom-manager Jonnetta Patton, his romance with TLC’s Rozonda “Chilli” Thomas that supposedly spawned the highly successful “Confessions” album and his marriage and breakup with Tameka Foster. “At heart I am a lover, man, because I’d always wanted to be in a relationship, a serious relationship,” Usher reveals on the show. He addresses the rumors that his mother didn’t approve of his relationship with Foster saying, “The relationship between me and Tameka definitely bothered my mother …She never chose to speak up about it, but I think she just didn’t approve of it because she didn’t want to.” VH1 interviewed Rozonda “Chilli” Thomas about her relationship with Usher. “I never thought of him cheating, …I didn’t expect anything like that from him because of how much we loved each other. But I kept hearing about it, then I went to him and I asked him and he… admitted it,” she says. She told VH1 she “hated the [Confessions] album,” for “what it stood for.” In the interview Usher says his mother has made him who he is today. He also discusses losing a father and being a dad himself. “They make we want to get up and live, you know. I have a purpose that is greater than just, you know, amassing wealth and being recognized, you know. This is, this is real, real life now.”