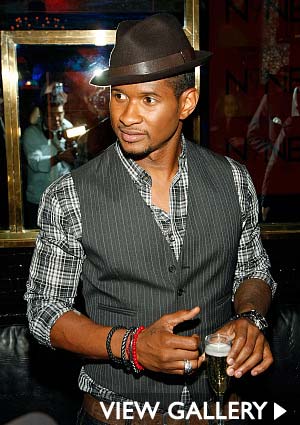 Usher is going to be busy this Christmas Season. He’s signed up for holiday concert TNT’s ‘Christmas in Washington’ which airs on December 20, one day before his album ‘Raymond vs. Raymond’ drops, just in time to stuff stockings. Hosted by funny man George Lopez, ‘Christmas in Washington’ will air at 8 p.m. EST and will feature a number of performers including Usher and hip hop soul originator Mary J. Blige. The event is usually attended by the President and First Lady, so expect to she the Obama’s on the guest list.