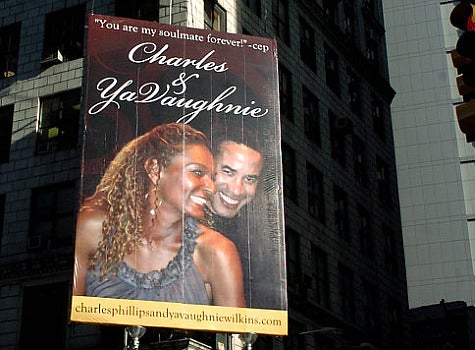 Scorned mistress YaVaughnie Wilkins may have been on to something when she warned men about the perils of marriage in a 2004 essay she wrote as a journalism student while attending San Francisco State University, reports the New York Daily News. “Men need to be cognizant of the devastating penalties for making the mistake of loving a woman and at some point changing his [sic] mind,” she wrote while dating Oracle software executive Charles Phillips. “In defense of men, there should be a law that prevents them from marrying before taking a class and passing tests that they understands [sic] that ’till death do us part’ and ‘as long as we both shall live’ is more often than not, a delusion.” Wilkins’ cousin Misha Davila told CNN that the spurned lover is trying to disprove the idea that she was “the other woman.” “Their relationship was always very public and open. He went to family events, she has traveled with him,” said Davila. Wilkins was tipped off about Phillips’ alleged other woman (his wife) in an anonymous email sent t her in July 2009. She then hired a private investigator and it was revealed that her lover of eight years was in fact still married to his wife Karen. Asked about his daughter’s whereabouts, Wilkins’ father Johnnie Wilkins said “I don’t know any of her business, and she doesn’t know any of mine.”