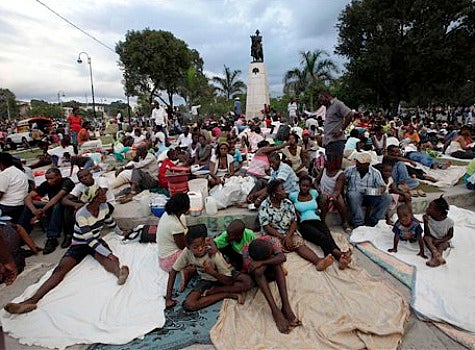 Despite earlier reports and tweets from hip hop mogul Russell Simmons, the president of The Tiger Woods Foundation, Greg McLaughlin, says the golfer has not pledged any money for relief efforts in Haiti. Simmons told TMZ he may have jumped the gun by announcing that Woods would be sending money and a mobile hospital to Haiti.

“Yesterday, I tweeted that Tiger Woods was contributing in a major way,” said Simmons. “My source for the tweet was premature, however, I strongly and passionately urge everyone with reach and means to act NOW as speed is everything to saving the lives of people in desperate need.”

The Tiger Woods Foundation may now be feeling the pressure to help in some way. “We’re currently researching the most effective plan to aid in the relief effort,” McLaughlin told ABC News. Though he said the organization “will be supporting the people of Haiti” he didn’t get into specifics.