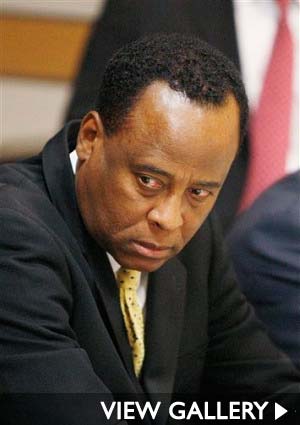 In the “all press is good press” attitude of Hollywood, the negative attention surrounding Dr. Conrad Murray’s possible involvement in Michael Jackson’s death has landed the doc a spot on TV. According to TMZ, a British production company shot Murray’s first day back to work at his private practice in Houston, Texas for a TV special.

A spokesperson for Murray told TMZ that the documentary crew was “interested in the reaction of patients to his return,” and that the doctor is asking the production company to hold off on airing the show until the Michael Jackson investigation is wrapped up–which could take years.

For the latest update in the Michael Jackson case, click here.