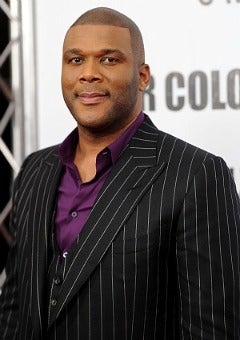 After a big — and controversial — release of “Madea’s Big Happy Family, “Tyler Perry is now turning his attention to TV. During a recent guest appearance on “Conan,” the actor-producer announced his latest project, “For Better or Worse,” a television series based off his popular film “Why Did I Get Married.”

The 41-year-old “Madea” maven said the new TV show — based on couples from Perry’s 2007 film — will follow a group of college friends as they deal with their life issues and relationships. Perry’s currently shooting the project but no further details from the show are available yet.

The filmmaker has already made developed TV sitcoms “House of Payne” and “Meet the Browns.” What do you think about this next project — “can “Why Did I Get Married?” work for TV or no?