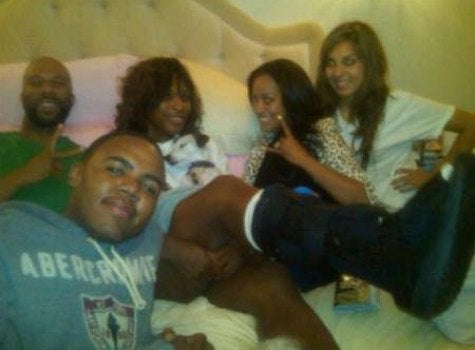 Just because she’s in newlywed bliss doesn’t mean new basketball wife Lala Vasquez can’t visit her friend Serena Williams while she recovers from foot surgery. According to Huffington Post, the tennis star cut her foot on broken glass at a restaurant. Vasquez and a few friends popped in on Williams to keep her company while her bummed foot recovers. The former VJ posted a Twitpic of the visit with a caption that read, “Me and the crew taking care of @serenajwilliams after her foot surgery.” Guess who else was by the Wimbledon champion’s side in her time of need. Her ex-boyfriend Common. They were a cute couple. We’re just saying.