For many, 2016 was a year marked with tragic and gripping news from around the globe.

From the tumultuous and surreal presidential election of 2016, to the unprecedented vote from Britons to leave the European Union this summer, there was no shortage of shocking moments that left the world stunned.

But there was also hope. From President Obama’s historic pardons — a last ditch effort to effect change in the fight for criminal justice reform — to California Attorney General Kamala Harris’ election night win, which made her the second Black women to be elected to the U.S. Senate, news that the country was making strides to move forward despite major setbacks was a beacon of light we all needed.

And in all, 2016 was a year that rocked the world. Here are the news stories we couldn’t stop talking about this year. 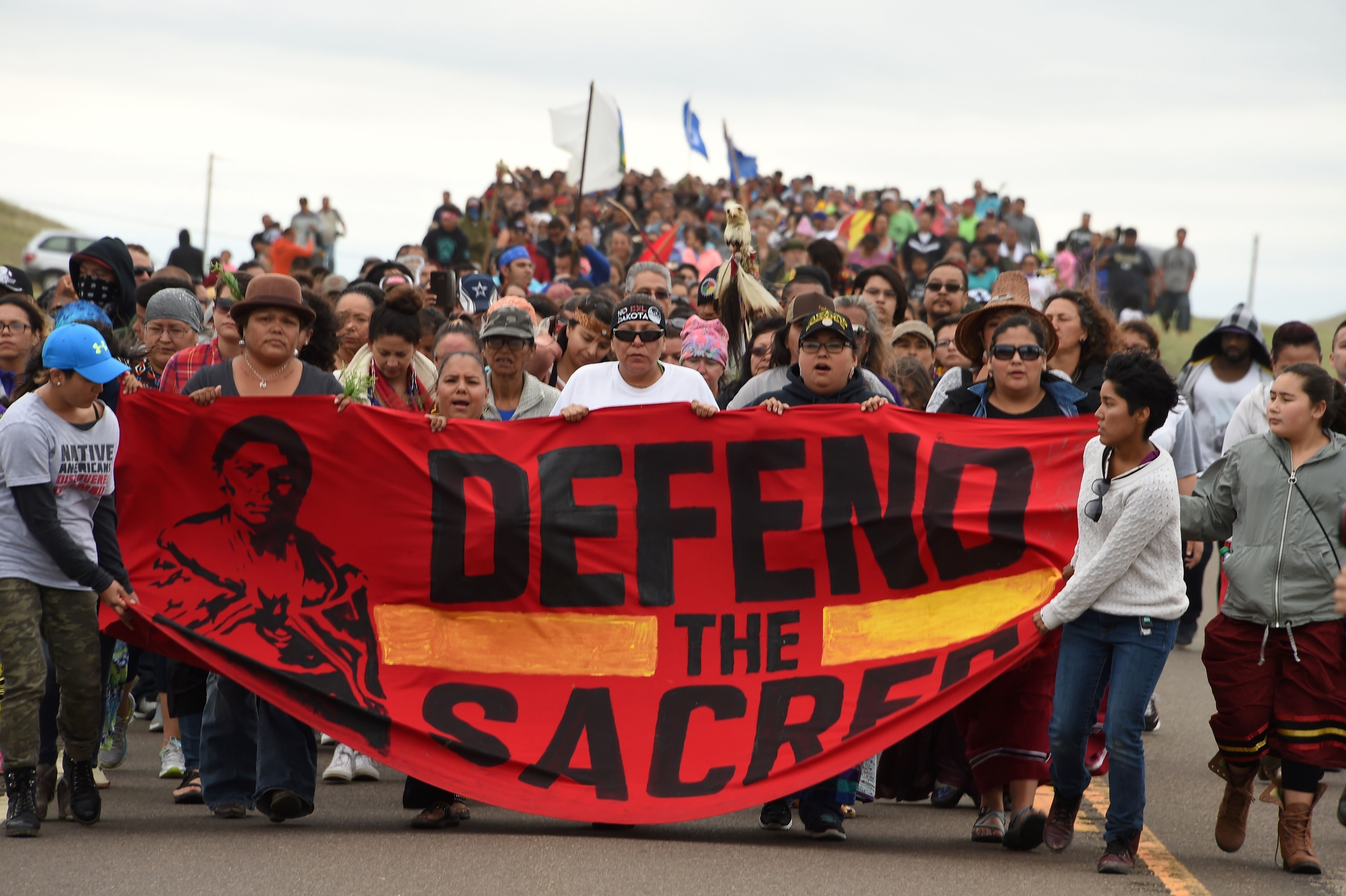 Native Americans and people of all races from around the world joined forces in North Dakota when the government-funded building of an oil pipeline over sacred Native American ground that threatened to disrupt the land's environmental and economic livelihood. Protests erupted in cities across the country to show support for the residents taking a stand. At the height of tensions, protestors in North Dakota were physically harmed when U.S. military forces and law enforcement aggressively invaded the grounds. As a result of the protests, the Obama Administration announced in early December that "alternative routes" were being considered.

The top of the year kicked off with the continuation of a dire situation in Flint, Michigan. The discovery that residents were exposed to toxic water after city officials switched the water source from Lake Huron to the Flint River came to a head, with Gov. Rick Snyder declaring a state of emergency in Genesee County on Jan. 5. By the 12th, the Michigan National Guard was mobilized to distribute clean water. Later in the month, we were introduced to an ongoing fight when Dakota Access confirmed they obtained a permit to bring the crude oil pipeline through sacred Native American land in North Dakota (DAPL). Resistance from the Standing Rock Sioux Tribe will be a headline for the next 12 months. In the same week, Daniel Holtzclaw, the former cop and football player who preyed on Black women, was sentenced to 263 years in prison for rape and assault. The month ended with an ongoing standoff between an Oregon militia headed by Bundy brothers Ammon and Ryan and the federal government; an occupation that highlighted the racial double standard of law enforcement response to white and Black communities. 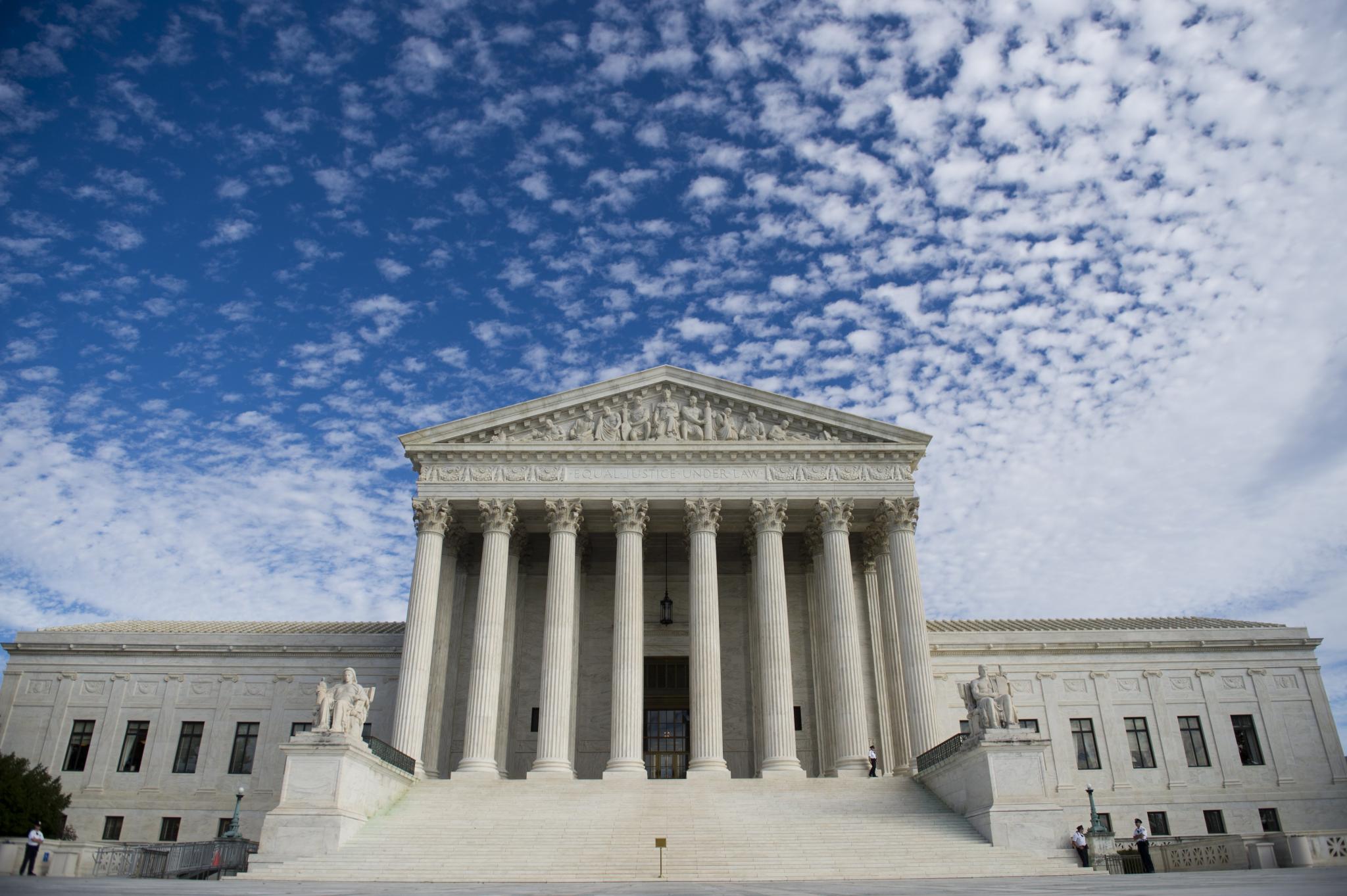 Here we go again. The Supreme Court agreed to re-hear an affirmative action case against the University of Texas' admission policies. In 2012, Abigail Fisher, a White applicant, sued the university, claiming that she was denied admission because of her race. An appeals court ruled in favor of the college, but Fisher is now challenging that decision. The hearing hasn't begun yet. [USA TODAY]

The political world was rocked when Antonin Scalia, the uber-conservative Associate Justice of the Supreme Court of the United States was found dead at a hunting resort on Feb. 13. His death set off a chain reaction of events that included President Obama’s nomination of a new Supreme Court Justice and the Republican vow to block it at any cost. 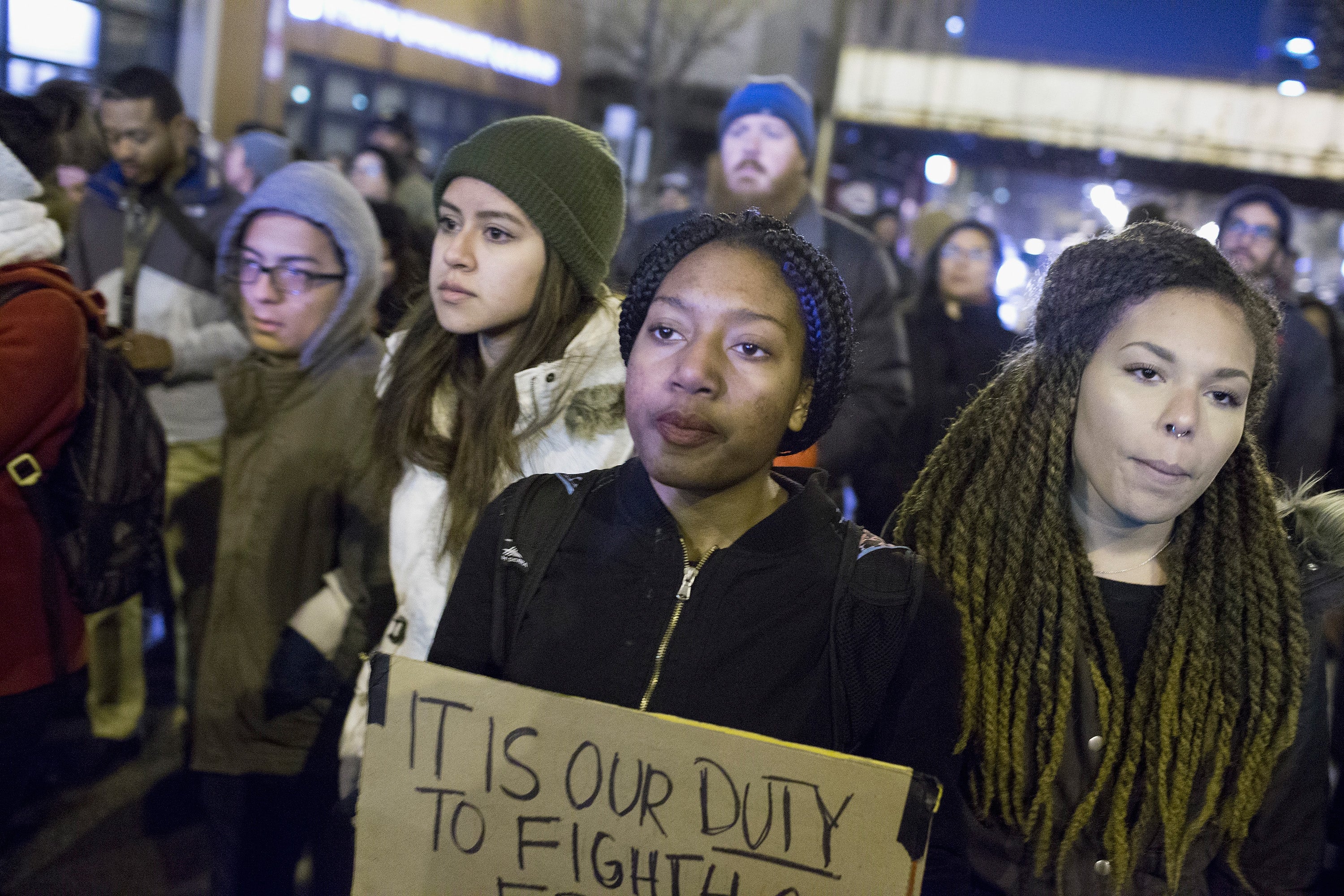 Demonstrators march through downtown following the release of a video showing Chicago Police officer Jason Van Dyke shooting and killing Laquan McDonald on November 24, 2015 in Chicago, Illinois. Van Dyke was charged today with first degree murder for the October 20, 2014 shooting in which McDonald was hit with 16 bullets.

On the heels of Scalia’s death, President Obama nominated Merrick Garland, chief judge for the United States Court of Appeals for the District of Columbia Circuit, to fill the Supreme Court Justice’s seat. Later in the month, young Black activists in Chicago — led by the group Assata’s Daughters — ousted embattled Cook County state’s attorney Anita Alvarez, who faced scrutiny in her handling of the Laquan McDonald shooting and aftermath. Using the hashtag #ByeAnita, groups mobilized voters in Illinois’ Democratic primaries, leading to challenger Kim Foxx’s win. And later that month, North Carolina’s governor signed the controversial HB2 bathroom bill that bans people from using restrooms that do not correspond to their biological sex; a move seen as an attack on the transgender community. 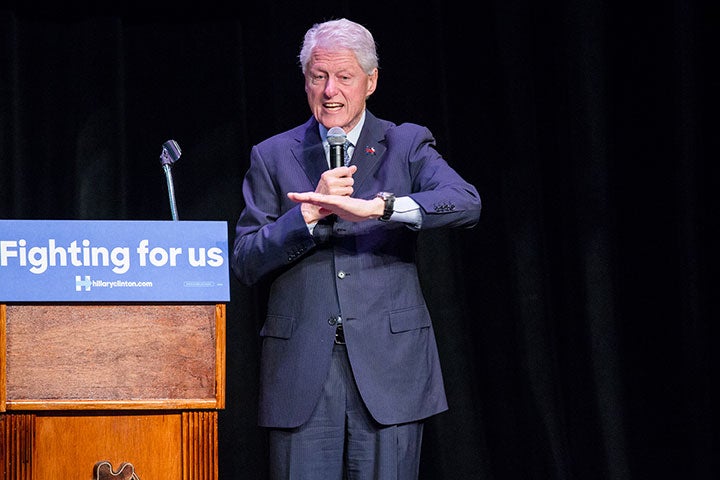 Bill Clinton, while stumping for wife Hillary, came under fire after an encounter with Black Lives Matter protestors. “I don’t know how you would characterize the gang leaders who got 13-year-old kids hopped up on crack, and sent them out in the streets to murder other African-American children,” the former president said, defending his wife’s “super-predator” comments. “Maybe you thought they were good citizens — she didn’t.” Later, he said he “almost” wanted to apologize for sparring with protestors with legitimate concerns. “I almost want to apologize for it, but I want to use it as an example of the danger threatening our country.” 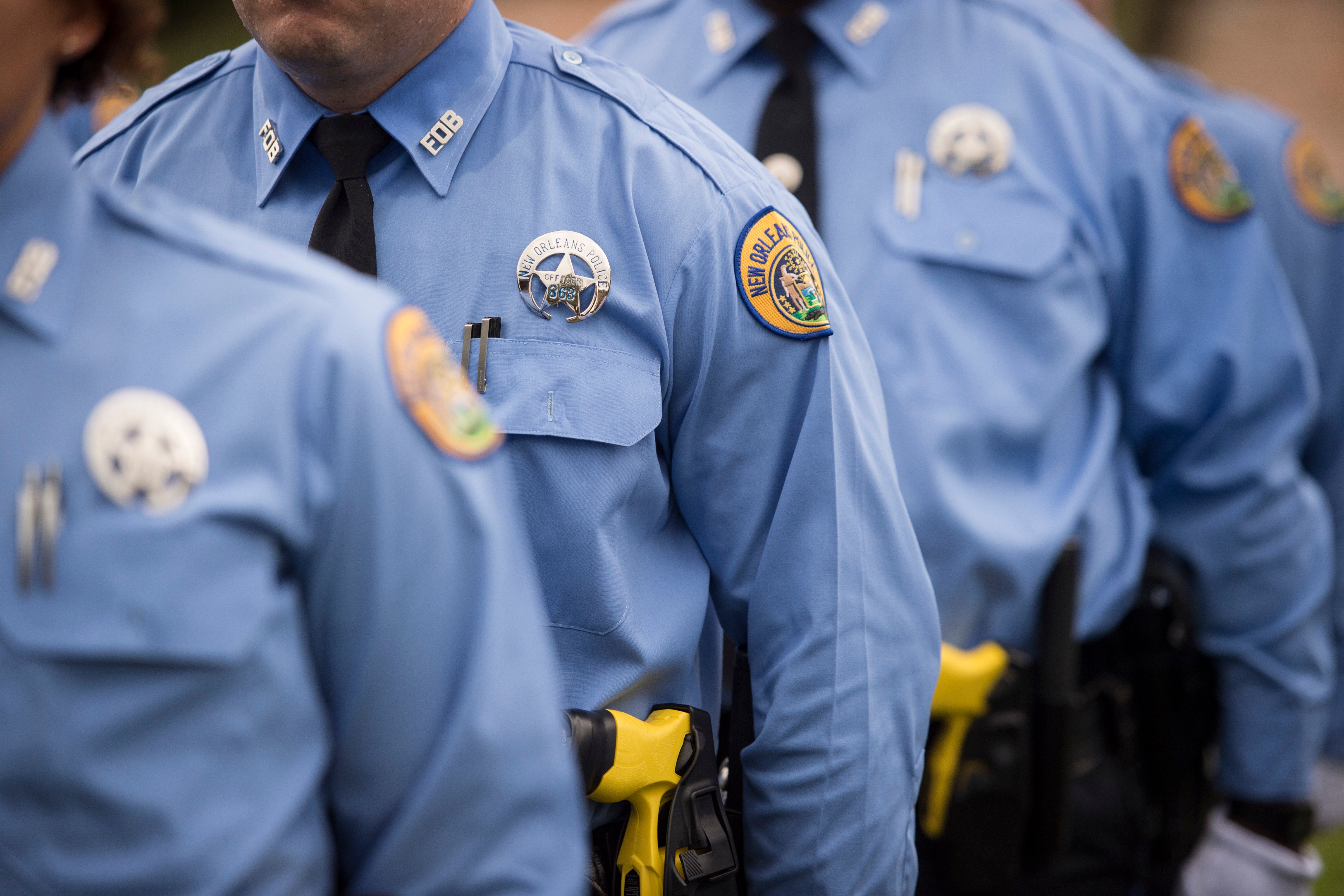 In late May, Louisiana became the first state to sign the Blue Lives Matter bill into law; a legislation that protects law enforcement and other public safety workers under hate-crime law. The measure came under harsh scrutiny from social justice groups, who argued that the law upheld police officers as “specialized citizens” while ignoring the ongoing and sometimes fatal police brutality in marginalized communities. In June, the whole world went through a period of shock when Britons (some unknowingly) voted to leave the European Union (Brexit). David Cameron soon resigned as prime minister and the region was thrown into political uncertainty. Earlier that month, terror struck when Omar Mateen shot and killed 49 people at Pulse nightclub in Orlando. House Democrats, led by Rep. John Lewis, responded by staging a sit-in to protest the lack of gun control in the country. The action did not end in any legislative change. 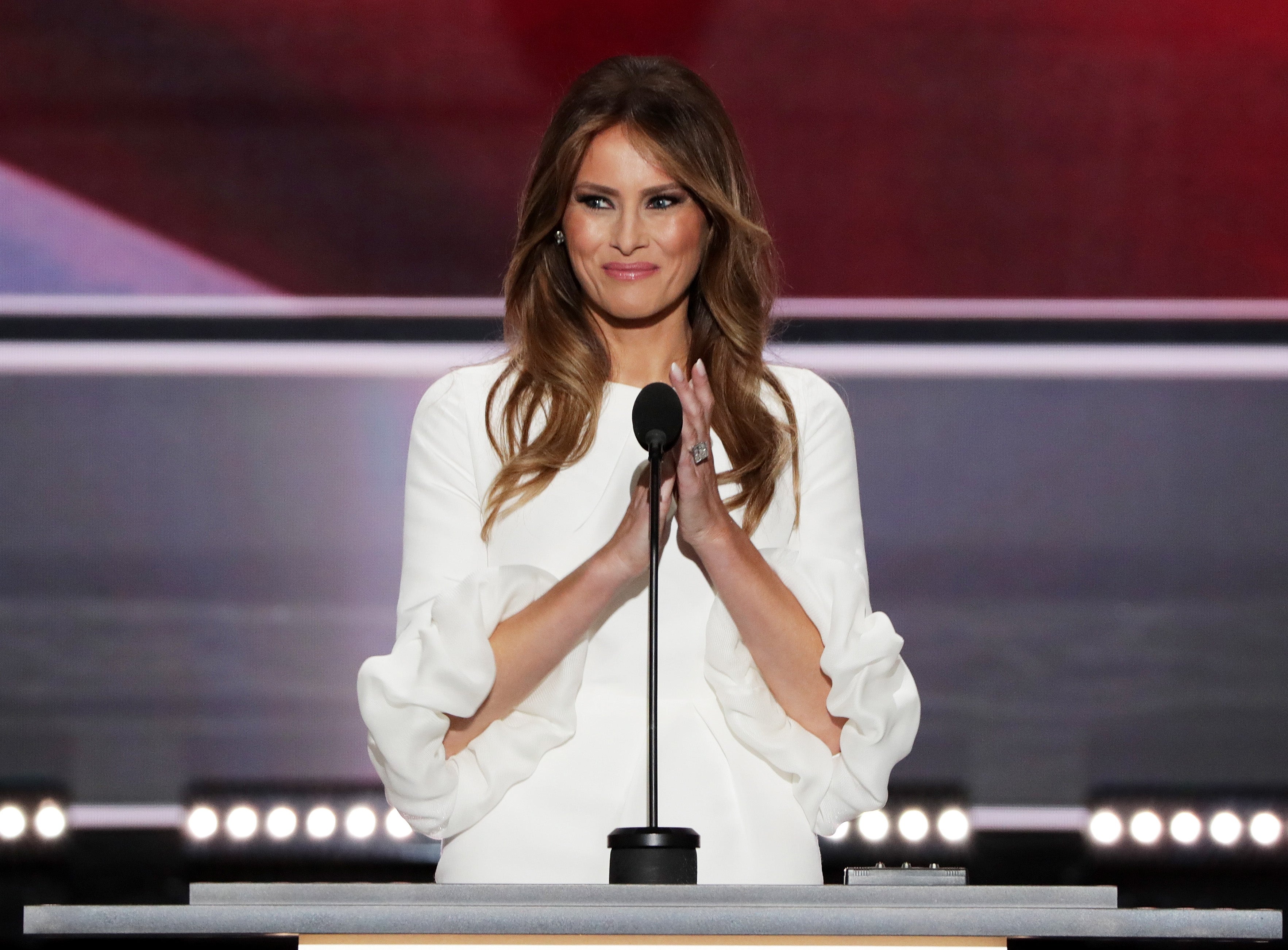 The nation held their breath as both the Democratic and Republican National Conventions took place in July. Hillary Clinton made history after the Democratic convention formally nominated her for President of the United States. The RNC was ridiculed after Melania Trump, wife of now president-elect Donald Trump, appeared to plagiarize one of Michelle Obama’s DNC speeches. Earlier in the month, the nation was paralyzed with tragedy after the visible and viral police shootings of both Alton Sterling and Philando Castile, and the Dallas police shootings, which came shortly after. The officers in the Freddie Gray case were all acquitted in July and the Mothers of the Movement made an appearance on the DNC stage to call for the end to police and gun violence in Black communities. 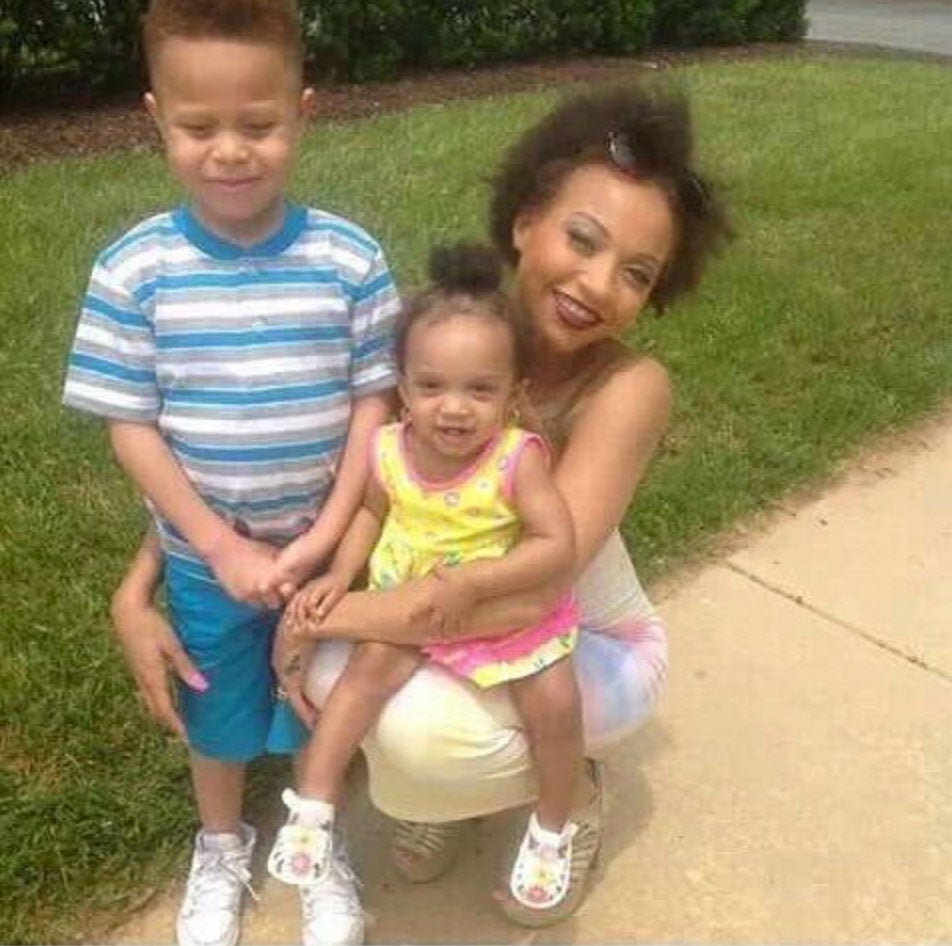 Law enforcement came under fire again in August when mother of two Korryn Gaines was fatally shot in her apartment while holding her 5-year-old son. Later that month, a stirring photograph of a bloodied boy in Aleppo, identified as Omran Daqneesh, went viral, highlighting the horrors of the war in Syria.

Brock Turner, convicted rapist protected by white privilege, was released from jail after serving just three months for raping an unconscious woman. Later, the nation witnessed the shooting deaths of Keith Lamont Scott and Terence Crutcher, incidents that sparked protests in Tulsa, Oklahoma and Charlotte, North Carolina. In November, an investigation found no fault of the officer in Scott’s shooting. 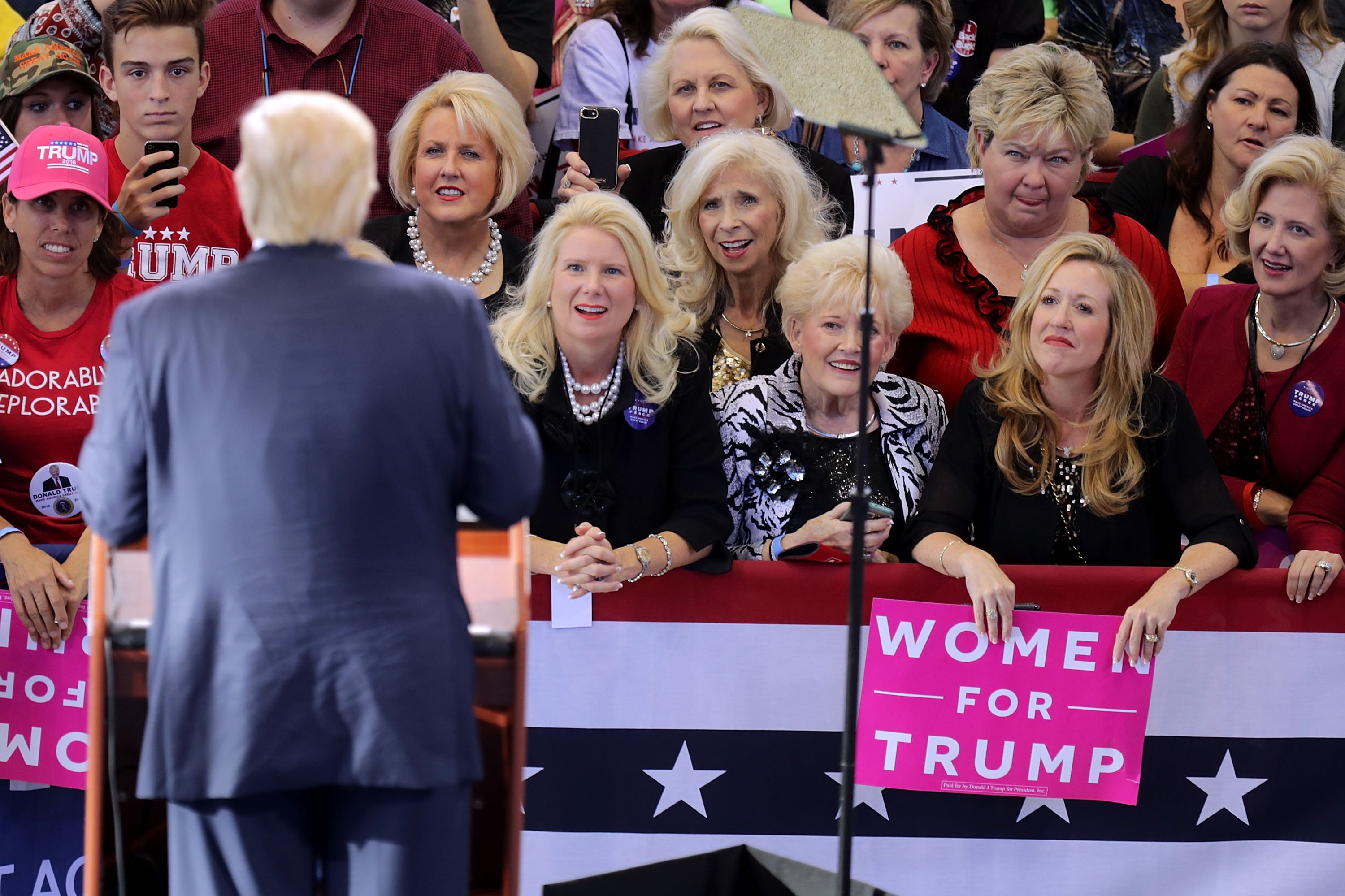 Donald Trump owned the month of October with headlines about his lewd comments and his documented assaults against women. On Oct. 8, the Washington Post obtained the now infamous video of Trump’s 2005 “grab them by the p*ssy” comment. He went on to win the presidential election. 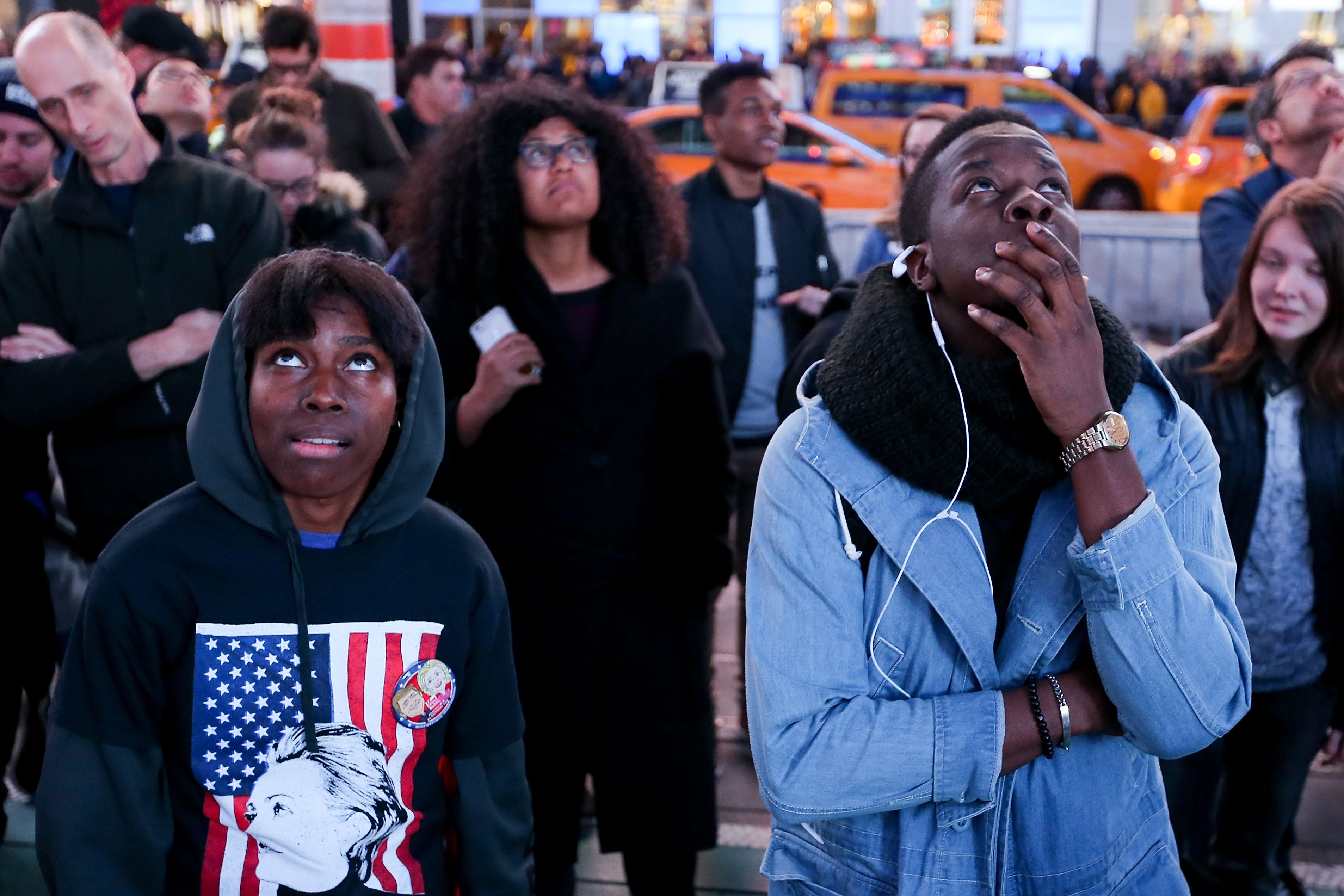 Former Secretary of State Hillary Clinton stood to make history again as the first woman to be elected President of the United States and millions across the country took part in demonstrations urging voters to make sure her much-less-qualified opponent did not emerge victorious. Black women voters in particular came out in impressive numbers for Clinton, with a whopping 94% of Black women who voted casting their ballots in favor of the former First Lady. 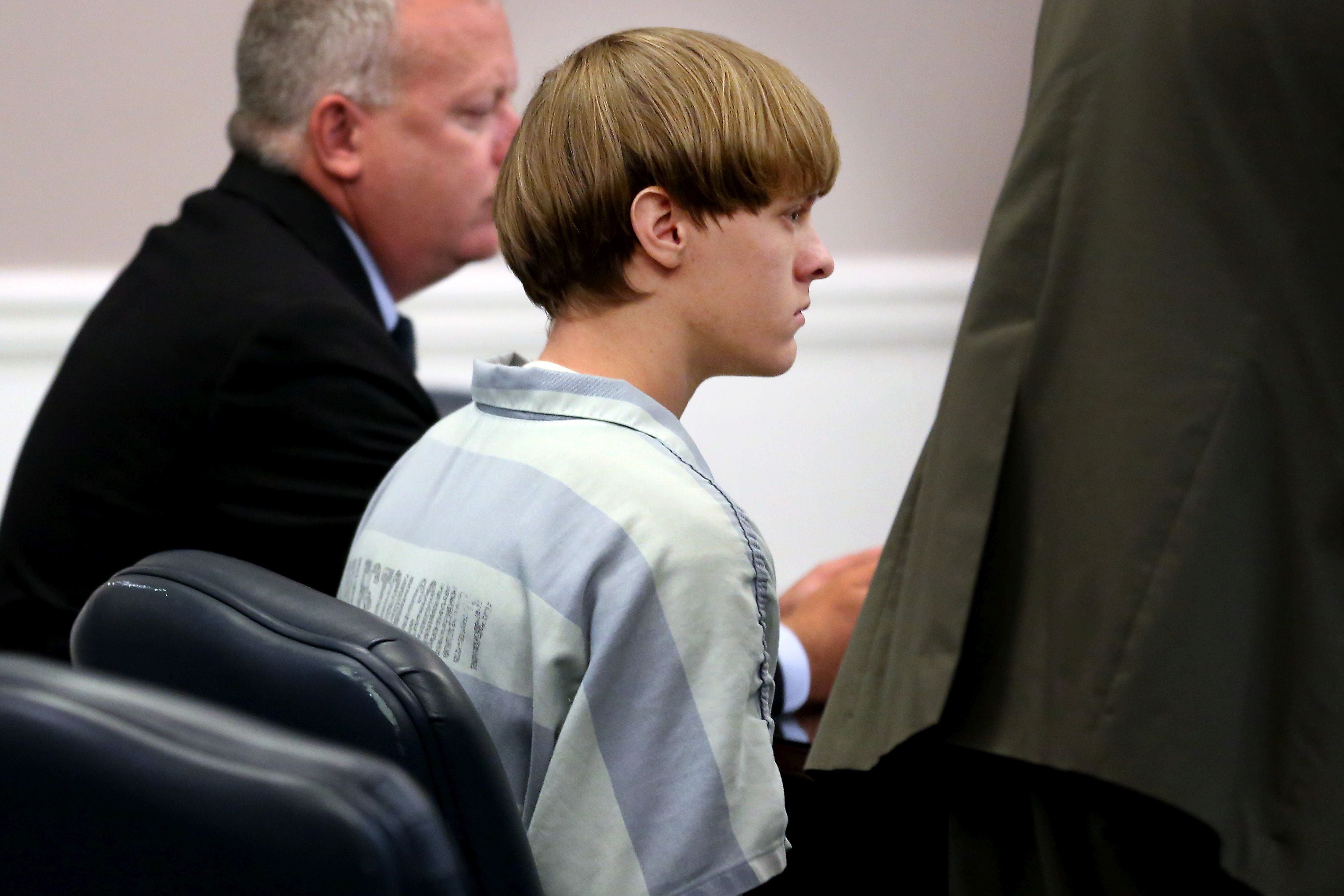 Russia’s involvement in the U.S. election continues to dominate headlines as president-elect Donald Trump denies the claim. President Obama capped off the year by granting clemency to 231 people, bringing his total to 1,176 individuals, including 395 life sentences. Charleston shooter Dylann Roof was convicted, Fidel Castro passed away and the officer who fatally shot Walter Scott, as seen in a cell phone video, will stand trial again after a jury failed to come to a consensus regarding what some are calling the most blatant and disturbing example of police brutality in recent history.