By clicking Sign Up, you agree to our Terms of Use and that you have read our Privacy Policy
Skip to content
getty images
By Ivory M. Jones · Updated October 26, 2020
When Tina Knowles-Lawson first heard about the unprecedented flooding that occurred in Baton Rouge, Louisiana in August 2016, her heart instantly went out to those affected. After all, having grown up in Galveston, Texas, she knew all too well the effects that flooding could have. Then once she realized that the tragic event was not getting the coverage and attention that it deserved, she knew that she had to do something. Though she made a monetary donation, she realized that she had no way of ensuring that the donation actually made it into the hands of those who needed it most. So she reached out to ESSENCE President Michelle Ebanks to find out what more could be done.  After traveling to Baton Rouge in September to meet with the Governor’s Office and state legislators, she got the idea to host a Thanksgiving dinner to honor resilience of the city’s residents as they prepared to head into the holiday season. With that, Love on Louisiana: An ESSENCE Hometown Heroes Tribute was born. 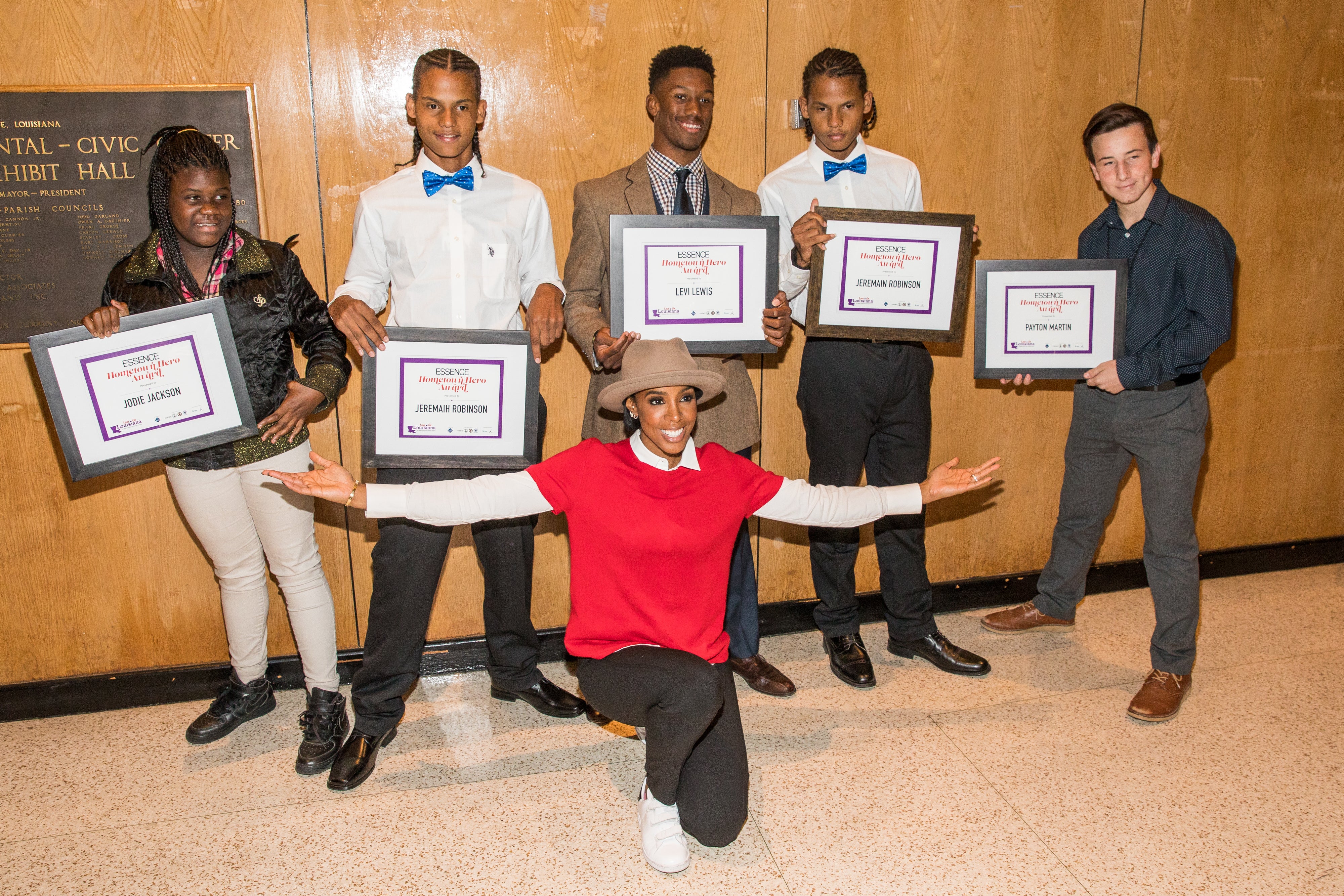 The benefit dinner, which took place at Baton Rouge’s Raising Cane’s River Center on Nov. 20, honored the city’s Hometown Heroes, 10 local students and teachers, who had who had gone above and beyond to help out their community, even in the midst of their own struggles. Honorees included twin brothers Jeremaih and Jermain Robinson, high school students who despite having recently lost their father, pitched in to help people clean up their damaged property and Payton Martin, another high school student who used his family’s boat to rescue stranded families and their pets before traveling to Austin, Texas to transport a U-Haul truck full of supplies back to Baton Rouge. Subscribe to our daily newsletter for the latest in hair, beauty, style and celebrity news. It was stories like these that touched Knowles-Lawson’s heart the most. “I’m just so humbled by the human spirit and how these people all banded together even in the face of all this tragedy to help somebody. It makes me cry thinking about it because it’s so touching,” she said. Echoing that sentiment, ESSENCE Editor-In-Chief Vanessa K. De Luca said, “We really wanted to acknowledge and uplift the folks who went the extra mile to do that because it’s just extraordinary that even in their time of need they were willing to help others.” On hand to help Knowles-Lawson and ESSENCE honor the Hometown Heroes were Solange Knowles, Kelly Rowland, BeyGOOD Director of Philanthropy Ivy McGregor and Baton Rouge Mayor Kip Holden. In addition to enjoying the sit-down dinner, attendees were also treated to performances by local talent including singer Quiana Lynell and the Westdale Middle School Dance Group. Christmas came early for the audience when they each were surprised with a pair of Brand Jordan sneakers, generously donated by the company, who was also one of the event’s supporting partners. Other partners for the event included BeyGOOD, Beyoncé’s philanthropic organization; Habitat for Humanity; the Baton Rouge Mayor’s Office and the state of Louisiana’s Office of the Governor, who formally declared November 20 to be Love On Louisiana Day. For Solange, a New Orleans resident, it was equally important to let residents know that they are loved and that they haven’t been forgotten. “When you speak of loving up on Louisiana, I feel like Louisiana has loved up on us and our family so hard and so beautifully and this was such a small, small part that we could play in honoring the strength and resilience that the people here have possessed today,” she explained. 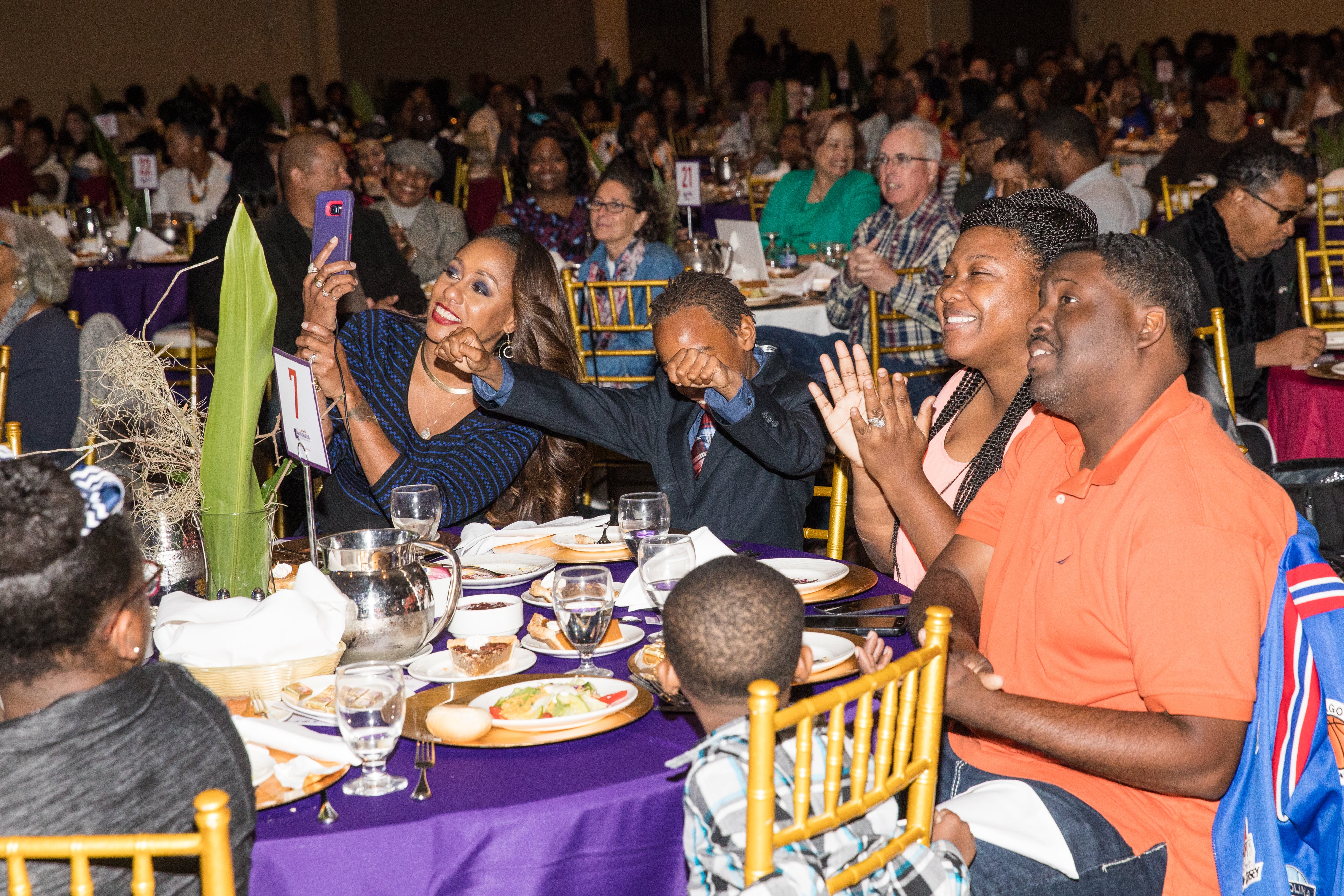 The tribute dinner is part of ESSENCE’s “Love on Louisiana” campaign, which seeks to raise $1 million to help the city’s residents rebuild and recover from the devastating floods that took the lives of 13 people, affected over 100,000 and left millions of dollars’ worth of damage in its wake. As part of the campaign, ESSENCE will continue to provide a voice to Baton Rouge’s residents by using its platform to tell the stories that were largely ignored by mainstream media. De Luca says that readers will be able to follow the stories by following the #LoveOnLouisiana and #7TrillionGallons hashtags on social media. The work is far from over as the city of Baton Rouge continues to recover from the floods. To help out with the recovery efforts and join in the conversation, follow the hashtags and visit Habitat for Humanity to donate.