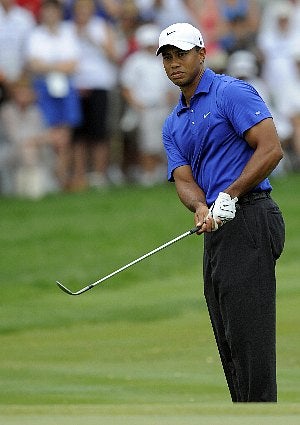 “We are sad that our marriage is over and we wish each other the very best for the future,” a statement from Tiger Woods and his ex-wife Elin Nordegren read. Woods and Nordegren are officially over, according to People.com. Both parties showed up to Bay County Circuit Court in Panama City, Fla. today for the execution of their divorce agreement. “While we are no longer married, we are the parents of two wonderful children and their happiness has been, and will always be, of paramount importance to both of us,” the statement, prepared by Nordegren’s Virginia-based law firm McGuireWoods, read. “Once we came to the decision that our marriage was at an end, the primary focus of our amicable discussions has been to ensure their future well-being. The weeks and months ahead will not be easy for them as we adjust to a new family situation, which is why our privacy must be a principal concern.” The divorce comes after Woods’ notorious and well-documented fall from grace, which ensued after a media inquiry into the former golden boy of golf’s personal life revealed numerous acts of infidelity. Many speculated that Nordegren would stay with Woods after the two negotiated a new pre-nuptial agreement. However, People.com reports, “the split comes as little surprise to those closest to 34-year-old Woods.”