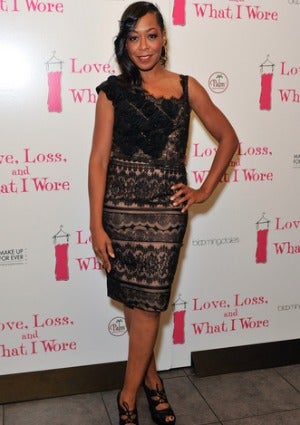 Lena Baker was a maid who was brutally raped by her employer, and fatally shot him after he threatened to scar her with a scorching hot branding iron. An all-White, all-male jury convicted her of murder after a one-day trial where no witnesses were called. In 1945, she was executed. She is to date the first and only woman to be executed by the electric chair in Georgia. Sixty years after her execution, Lena Baker was pardoned by the state. Tichina Arnold took the dramatic role as Baker in “The Lena Baker Story,” a far cry from her portrayal of Pam on “Martin.” ESSENCE.com recently caught up with the actress to discuss the riveting dramatic role. ESSENCE.com: Congrats on the success of your first dramatic role. How did you get the role of Lena Baker? TICHINA ARNOLD:  I read the script and jumped at the opportunity. The fact that it was a true story made it more intriguing to me. ESSENCE.com: Did you feel any personal connections with Lena’s story? ARNOLD: Yes. Lena was a mother and so am I. One deeper connection is the scene where she’s about to be executed: Lena’s daughter is bidding her mother goodbye without knowing she’s not going to see her again. As a mother, that was heart-wrenching because as a mom, I never want to say a final goodbye to my daughter. Everyone behind the scenes was crying. ESSENCE.com: In our larger society, who does Lena Baker represent? ARNOLD: A little bit of every woman. She represents all of those women that are held captive and physically bound to something or someone. After awhile you submit to the will of your captor. Even though Lena and her best friend decided to form a whorehouse, Lena suffered physical and mental abuse after she reconciled with her mistake. ESSENCE.com: Outside of acting, what does Tichina Arnold do for fun? ARNOLD: Running after my daughter. Also, I’m in the studio with Rufus Blaq. I just finished my album. ESSENCE.com: Any other special projects lined up for you? ARNOLD: Currently I’m in New York working on Nora Ephron’s play titled, “Love Loss and What I Wore,” at the West Side Theatre. It’s a play women love. I did it because it’s Nora’s piece. “The Lena Baker Story” is out on DVD now. Check out Tichina Arnolds’ ESSENCE.com blog, Tales of a Hollywood Mom