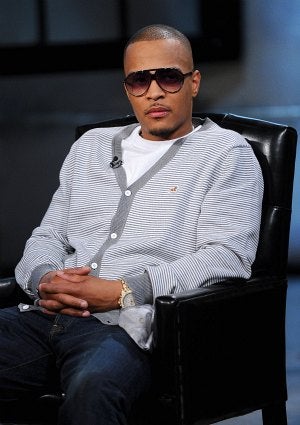 Maybe T.I. was hearing the chorus of his hit song, “Live Your Life,” when he convinced a man not to jump from a 22-story building in Atlanta yesterday. The rapper was on his way to a video shoot when he heard about the man on a local radio show, reports the Atlanta Journal Constitution. T.I., whose real name is Clifford Harris, drove to the building to offer his assistance. “He came to the scene and offered to talk to him, we told the young man that, and he came down,” Officer James Polite told the AJC. T.I. and the young man spent a few minutes talking. “I told him it ain’t that bad. It’ll get better, to put the time and effort into making it better,” he said. “I just reminded him know that I know. It looks bad right now, but it can turn around.” This comes just days before T.I. is due in court on drug charges. His probation officer is recommending he face 8-14 months in prison. Don’t you love it when a celebrity does a good deed?