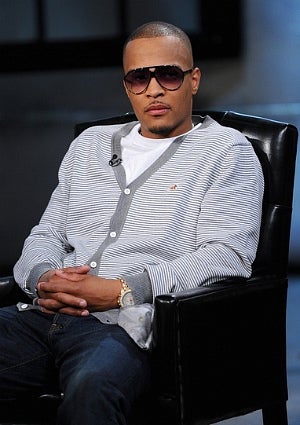 T.I. seems to have much more than legal trouble these days. In a recent interview, the popular Atlanta-based rapper admitted to developing an addiction to prescription drugs after undergoing several dental surgeries. “I had a lot of work done to my teeth,” he says. “Oral surgery, extractions, six, seven, eight root canals. Between January to February.” T.I. said that while serving hard time last year in an Arkansas prison, he had fillings fall out which had to be repaired. He was given the pain killers oxycontin and hydrocodone. “Then I get these pills and I start taking them for the pain at first,” he told reporters. “And then I’m like, ‘Wait, this [expletive] makes me feel good. And it’s legal.” He admitted to continuing the medication routine, even after he had healed from his surgeries, comparing his addiction to the way others “might have a drink or smoke a blunt.” “And eventually I developed, I guess, the beginning stages of dependence,” he said. Currently serving an 11-month sentence for violating his probation from his previous federal weapons conviction, T.I. mentioned that he sat down and had a chat with fellow rapper Eminem, who also battled with drug addition, to discuss the issue. “I asked him how he knew he was an addict,” T.I. said. “Basically if you put yourself in harm’s way… if you risk that, you’ve got to assume that there is something fundamentally wrong with your thought process.”