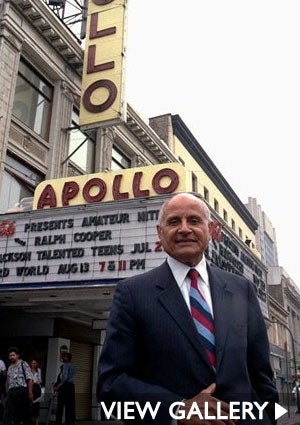 Thousands braved the cold at Riverside Church in Harlem, New York, to pay their final respects to Percy Sutton, the successful attorney to Malcolm X, the leader of a group of distinguished Harlem politicians, and media mogul.

In attendance at the crowded church service was attorney General Eric Holder, actress Ruby Dee, Congressman Charles Rangel, former New York mayor David Dinkins. Stevie Wonder sang, adding his heartfelt words: “You were blessed to have such a king in your life.”