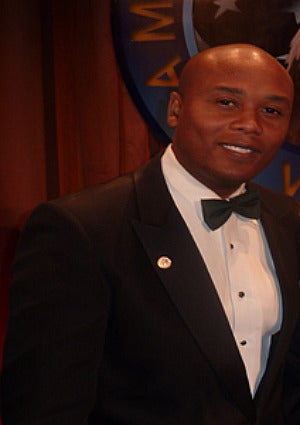 With the talk of the Salahi couple who crashed the White House state dinner in November subsiding, a new name is emerging in the security breach. Washington D.C. party promoter and owner/publisher of Hush Magazine, Carlos Allen was identified as the third crasher at the gala on November 24 at the head of state’s mansion.

On Monday, the Secret Service, revealed that another person, not on the official state dinner’s list of approved attendees slipped through security by “entering with the delegation of Indian Prime Minster Manmohan Singh,” CNN reported.

Apparently the intruder got in by boarding a Secret Service bus meant to transport “a group of Indian businessmen to the dinner.”

Unlike the Salahis Allen who rubbed elbows with delegates at the cocktail reception and left, Allen reportedly stayed for dinner at the White House that night. Like the preceeding couple, Allen says he was indeed invited to the high profile event.

“This whole issue of him being a third gate crasher, while it merits more investigation, he’s unlike the other two individuals who are subject to this investigation. He did stay for the dinner,” his lawyer A. Scott Bolden told the NYTimes. “…He is not a social climber. He covers social climbers.”

There may be a connection to the magazine publisher and the Virginia wine country couple. The Washington Post featured a photo of Allen, Michaele Salahi and another woman from a Hush magazine photo gallery.