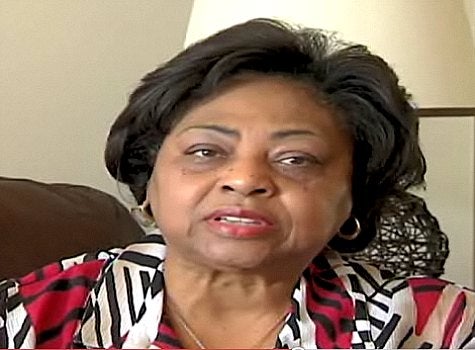 While checking news alerts on my BlackBerry yesterday morning, I, along with most of the country, saw the story about Shirley Sherrod, an African-American Department of Agriculture official who admitted at an NAACP banquet last March that she once failed to help a White farmer because of his race. A partial video clip from this speech had been posted on the website of right wing publisher Andrew Breitbart, under the heading “Video Proof: The NAACP Awards Racism.” The clip made the rounds on other conservative blogs and FOX News, and almost immediately Sherrod lost her job.   Under heavy pressure from Agriculture Secretary Tom Vilsack, Sherrod resigned her position as Georgia State Director of Rural Development for the USDA. She maintains that a department official told her that the White House wanted her out, although the White House denies any involvement. The NAACP supported Sherrod’s forced resignation, calling her comments “shameful.” With just this information to go on, the situation sounded about right, although I wondered, “Why on Earth would Sherrod say something like that?”   Oh, it’s because that wasn’t the full story.   By now we know that Breitbart’s short video clip was selectively edited, grossly distorting the context in which Sherrod spoke. The incident with the White farmer — which happened 24 years ago when she worked for a non-profit, long before her USDA post — was part of a broader story of redemption and racial reconciliation.   In the full, 43-minute speech, she explains that after a White man murdered her father and was never punished, she vowed to help Black people “and only Black people,” feeding her resentment toward Roger Spooner, the White farmer who sought help. That is, until she realized the error of her thinking and spent the next two years working to help him save his farm. She eventually became friends with the farmer and his wife.   “The story helped me realize that race is not the issue; it’s about the people who have and the people who don’t,” Sherrod told the Atlanta Journal-Constitution. “When I speak to groups, I try to speak about getting beyond the issue of race.”   As the truth came out, NAACP President Benjamin Jealous admitted they made a mistake by reproaching Sherrod without knowing all the facts, and expressed support for her. “This is a teachable moment, for activists and for journalists,” Jealous said, adding that in the future, the NAACP will consider the source and perform due diligence when responding to racial controversies.   Indeed. It’s a teachable moment too for Agriculture Secretary Tom Vilsack, who hastily fired Sherrod without due process. It’s also a teachable moment for the White House, which firmly supported Vilsack’s decision. President Obama was reportedly briefed on the situation, according to an anonymous White House official, and stood by the way it was handled.   In a statement yesterday, Vilsack said, “The controversy surrounding her comments would create situations where her decisions, rightly or wrongly, would be called into question making it difficult for her to bring jobs to Georgia.”   Even though her decision was “wrongly” called into question, even though her words were deliberately taken out of context, she deserved to be dismissed from her job? The truth should be what matters — not avoiding a false perception.   Vilsack has backed down a bit, now saying that he will conduct a review of the situation. Sherrod, however, isn’t sure she would even want to go back to the USDA if she were reinstated because of how she was treated. But guess who absolutely wants Sherrod to get her job back? The White farming family at the center of the whole story. “We probably wouldn’t have [our farm] today if it hadn’t been for her leading us in the right direction,” said Eloise Spooner, the wife of farmer Roger Spooner, to the Associated Press. “I wish she could get her job back because she was good to us, I tell you.” For more of Cynthia Gordy‘s Obama Watch stories, click here.