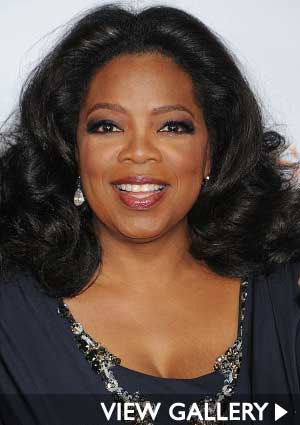 Television station execs would like to put the pressure on Oprah to decide whether she’ll be continuing her historical talk show or moving on, as contracts for ‘The Oprah Winfrey Show’ are up in fall 2011. The media staple is known for keeping her plans for the show to herself and waiting til the last minute to make decisions.
Previously stations paid up to have ‘Oprah’ on the line-up as the mention of the show on local news stations brought in big ratings. But according to Variety, TV stations are not willing to shell out the major bucks any more as station ratings have dropped. More over ‘Oprah’ ratings are also down.
The Queen of daytime TV has a few options: 1) Cancel the show and focus on OWN, her network partnership with Discovery, 2)Move the twenty-three-year-old show over to Discovery or 3)Stick with the traditional TV stations and take a pay cut. O’s given herself til the end of the year to decide the fate of her record breaking show.
Loading the player...