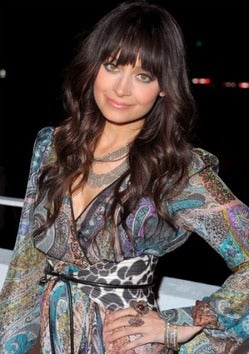 Here’s what’s haute today, ladies: Patrick Robinson, Creative Director of the Gap is all about keeping it modern. At a preview for the brand’s Spring 2011 collection he explained his current restructuring of the brand: “Heritage doesn’t turn me on — it’s about America today. Let’s face it, a 28-year-old wants more fashion in his or her wardrobe.” [Fashionologie] J. Crew is having a very good year. After increased profits and ever increasing popularity they’ve got something else to celebrate: being officially ranked the ‘Best Retail Store’ in the world by industry fashion blog, Fashionista. [TBR] Fashionistas who loved the fantasy of the reality series, “The City,” must be weeping. The show, staring designer Whitney Port, has been cancelled. It had been airing since 2008, as a spin-off of another fashionista favorite, “The Hills.” [RealityTVWorld] Nicole Richie, specifically the company which manufactures her clothing line, is being sued by famed LA Boutique, Kitson for making them lose profits. Now the manufacturer is counter suing. Is this messy or what? [Fashionista]