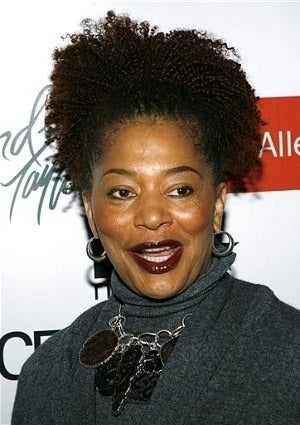 It looks like Terry McMillan’s words have gone too far on Twitter. The “Waiting to Exhale” author recently Tweeted scathing insults on Willow and Jaden Smith’s early rise to stardom, then reportedly reneged her apology for the comments. Read what she said here…

“It feels like the Smith children are being pimped and exploited. Or, they’re already hungry for fame. What about 4th grade? The Smith children already act like child stars. There’s an arrogance in their demeanor and behavior. I find it incredibly sad.”

“A lot of A-list movie stars shielded their children from the Hollywood-world until they were old enough to decide. Look at those who didn’t… These kids don’t already know what they ‘love’. Total bullshit. They’re not prodigies. They think Hollywood is real.”

A little harsh, no? She later Tweeted an apology for the comments saying, “I apologize for using the word pimp and exploit in referring to the Smith children. It was insensitive of me and wrong.” Yet, after the comment and apology went viral online, another Twitter storm ensued. McMillan’s apology was removed from her Twitter page and instead, she wrote:

“So, I’m on blast? Too bad when I talk about what’s happening in the government, the GOP, racism, love, etc., doesn’t go viral. These are probably the same folks who live for reality TV and don’t care about an SAT score. Or college.”


What do you think of McMillan’s comments on Willow and Jaden Smith – honest or distasteful?