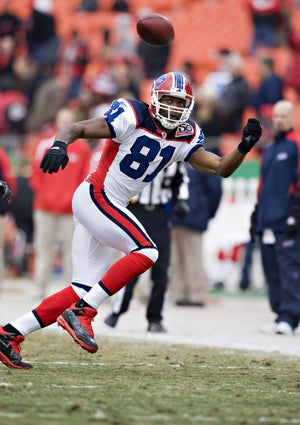 Rumors are circulating that the Cincinnati Bengals are considering a deal with wide receiver Terrell Owens, reports TMZ. If true, it would bring TO and friend Chad Ochocinco together on the same team. The pair have both launched reality T.V. shows this season. Owens’ show is called, “The T.O. Show,” that gets up close and personal in the football players life. While Chad Ochocinco takes another approach: the wide receiver is trying to find love on his reality series titled, “The Ultimate Catch.” What do you think about the two possibly joining forces?
Loading the player...