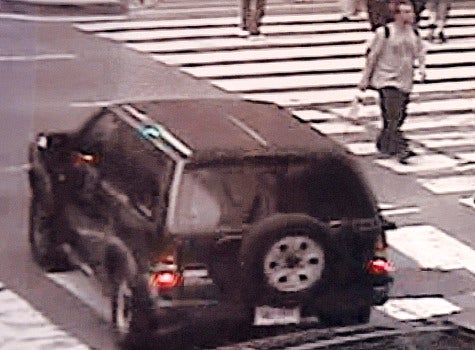 Peggy Colas needed to sell her car. The 19-year-old college student decided to put an ad on Craigslist to find a buyer. She eventually sold it for $1,300, which was paid in cash, all in $100 bills. She wrote on Facebook soon after: “I’m sooo happy I got a new car :)” She went from feeling overjoyed to speechless after learning that the man who bought her Nissan Pathfinder was the Times Square car bomb suspect. “OMG! I had a crazy day. … It’s official. I have bad luck. SMH I hope they find that bastard,” she posted on her Facebook page late Sunday. Faisal Shahzad, the Pakistani-American who once lived about 20 minutes away from Colas in Bridgeport, Connecticut, was arrested Monday at John F. Kennedy Airport in New York by Customs and Border Patrol agents. The SUV was linked to Colas the day before, on Sunday. Her family told the New York Post that the “For Sale” sign on it had been taken away by the police to search for fingerprints. A worried Colas, who was questioned by police on Monday, did not comment to reporters about the Facebook post when she came home. Her mother said, “My daughter’s nervous. She doesn’t want this guy coming after her.”