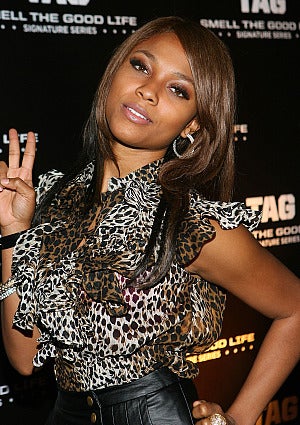 There are countless hits on the blogosphere concerning Teairra Mari’s track “Sponsor.” It is being said that BET’s 106 & Park has chosen not to air the video–featuring Soulja Boy and Gucci Mane–because the song encourages young women to use sex to get money from men. Naturally, I watched the video and while, visually, I saw nothing wrong with the clip (yes, Teairra Mari is wearing short shorts and a skimpy onesie in some shots, but who isn’t these days?), the song lyrics made my eyebrows furrow and my upper lip curl to the point where I thought my face might stay that way. Popular blog Theybf.com printed a letter that their staff received which reads, “I was informed that 106 and Park, a source for African Americans to promote their music, has banned Teairra Mari’s song “Sponsor” and other projects from surfacing on their channel.” While BET hasn’t substantiated the rumors, we basically took a listen to the track to see what was up. A “sponsor,” really? She’s basically calling her man a walking wallet and, dare I say, perpetuating the idea that we’re all are gold diggers looking to find a man to pay for our hair and nails to get did. A few lyrics that really made my skin hot: “Anything that I ask for from my sponsor he go and bu-bu-buy-buy” and then the chorus, “I got myself a sponsor / to fill up a drink for me / to fill up a tank for me / to put something in the bank for me.” Lastly, “If he tryin’ to get it / there’s some work that come wit’ it.” Ew. If you can’t even put gas in your own car, you don’t need a sponsor, you need a job! Furthermore, stop using the power of the P for evil. There’s some of us that aren’t holding out for dividends but rather for good men who know more about how to treat a lady than paying for her to go to the Dominican hair spot. Read More: