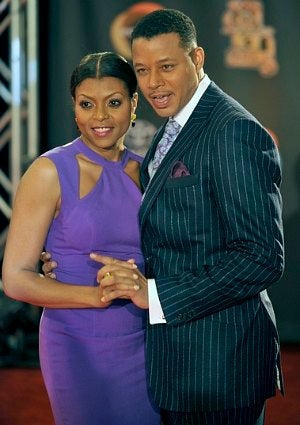 Whether on stage or onscreen, Taraji P. Henson and Terrence Howard are electrifying when they’re together. We’re pumped that they’re going to be hosting the second annual Soul Train Awards — which airs on November 28. Expect their “chemistry to come alive on television,” Henson told People.com. Howard added that he and Henson — who hosted last year’s awards show — remind each other of their closest kin. “‘Soul Train’ represents family,” he said. “She tells me I remind her of her daddy, and I tell her she reminds me of my favorite aunt. This is my family.” Like many of us, Henson and Howard grew up with their eyes glued to the TV screen when the Don Cornelius-hosted show would air in the afternoons. “As a child you watch television and you’re like, ‘I want to be on that stage one day,'” Henson told People. “Well, the show was canceled before we could get up there, so to be hosting and have that dream come true is incredible.” The show is set to honor Anita Baker and Ronald Isley, and may even feature a few surprise numbers from Henson.