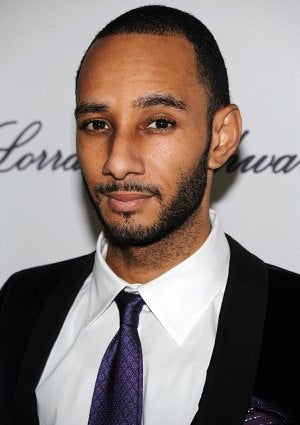 Two weeks ago it was reported that Swizz Beatz’ ex-wife Mashonda Dean claimed her producer ex-husband owed her $325,000 in equitable distribution and $9,000 in alimony and child support. Now, according to AOL Black Voices, Beatz has paid Dean the $334,000 to avoid a going to court later this month. Beatz signed a document noting that he was going against his lawyer’s recommendations by paying his ex-wife, with whom he has a son, Kaseem Dean Jr., 3. Two weeks ago, Beatz told the NY Post, “I gave over what the judge was recommending to give. I gave Mashonda $700,000 upfront, because I thought $200,000 wasn’t enough for what she wanted to do. I still get spit in my face for it.” Beatz and Mashonda’s divorce was finalized in early May. It has since been announced that his fiancee Alicia Keys is pregnant with the couple’s first child. “I’m super-excited,” he told NY Daily News of getting engaged and expecting his third child. “People are calling me from Dubai and Japan. We haven’t set a wedding date, but we will. We’re just letting everything flow.”