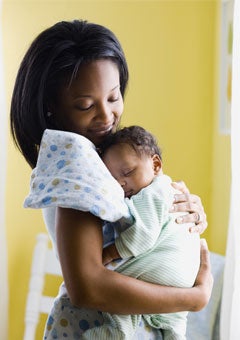 Women who have children with more than one father are disadvantaged. They’re underemployed. They have lower incomes. They’re less educated. Offended yet? Hold that thought. There’s more. ..

They’re also more stressed, more prone to sustaining struggling households and more likely to keep birthing babies by multiple daddies. So not only are they broke, dumb and frazzled, but they’re hardheaded, too. Well damn.

That’s an around-the-way synopsis of a report released by Cassandra Dorius, a postdoctoral fellow at the University of Michigan Institute for Social Research, whose conclusion is based on statistics she unearthed and implemented to study American mothers. Her research reveals that 1 in 5 women in this country have kids with multiple birth fathers.

You can probably already see where this is going.

Folks can draw the most offensive, blanketed, racially biased conclusions, so long as they wrap them up in a pretty academic package and tie them with the snazzy title of sociological study. This time around, the newest gasp-worthy finding contends that 28 percent of American women have children with multiple fathers — about the same number of people who have college degrees in this country. That, as the researcher so poignantly points out in her remarks about her groundbreaking work, is substantial. But it’s clear that one group is at the core of this impressive new round of statistical fodder: Black women.

Here’s the punchline — the whole study goes all around the mulberry bush to get to: Dorius found that a multiple-father type of family structure was more common among minority women, with 59 percent of African-American mothers topping the list. (Insert your gasp of shock here.) She might as well have created a mascot for her study and named her Shaquana Jenkins. Why didn’t this woman just blurt out what she really wanted to say: Black women’s flimsy moral fiber is, once again, their own biggest enemy.

Misguided research has the same amount of value as strapping on a pair of ice skates at the beach: it’s quite pointless, time wasting and incredibly stupid. As poked, prodded and analyzed as Black folks are, we shouldn’t have an ailment in the community or a care in the world. Instead, our so-called social woes are tossed back into our laps without a proactive plan. It’s a megaphone shout just to remind us that we’re still floundering to get it together.

At the same time, the study works to drive home the point that not only are our families fragmented but our women sure are loose. Sisters have consistently been depicted as hypersexual, bubbling over with unbridled sensuality, whether it’s at the hand of a hip-hop video director or a pencil-pushing demographer. But even more importantly, the extenuating assumptions tacked onto that longstanding stereotype — that we’re operating under a gloomy cloud of destitution ’cause we’s po’, uneducated and hopeless — adds insult to the preexisting injury. Another day, another dollar, another study tossed onto the heap of useless information designed to tell us about us.

Then again, what do I know? I’m just another struggling, frazzled baby mama.