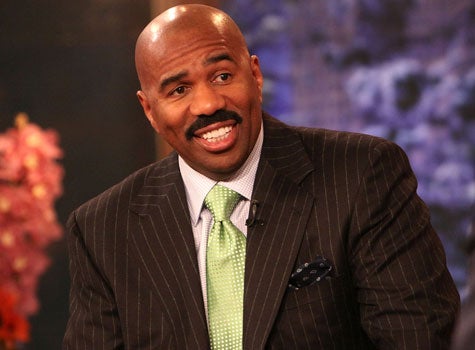 Steve Harvey definitely keeps it moving.  According to ABC News, Harvey will add game show host to his burgeoning resume when he takes the lead for the long-running favorite, “Family Feud.” He’s scheduled to begin his new hosting gig in the fall. Best-known for his starring role on “The Steve Harvey Show,” Harvey’s credits include “The Original Kings of Comedy,” “You Got Served” and “The Fighting Temptations.” Along with his day jobs as comedian, syndicated radio host and ESSENCE contributor, Steve Harvey is also the author the New York Times bestseller,” Act Like a Lady, Think Like a Man.”