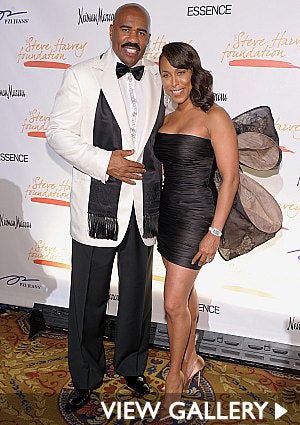 Live from the first annual Steve Harvey Foundation Gala, ESSENCE.com reported on all the stars who gathered last night to honor Denzel Washington and others who have dedicated their time to impacting youth and community change. The comedian, best-selling author, syndicated radio personality and 2010 ESSENCE Music Festival host, Steve Harvey, was joined by “Good Morning America’s” Robin Roberts as co-host. Toni Braxton performed music from her latest album (released today). The event was held at the ultra-chic Cipriani Wall Street space in New York City.