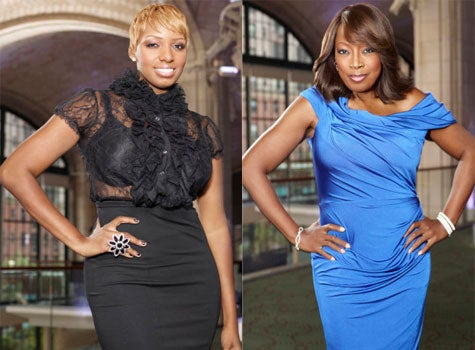 As we wait to watch another season of “Celebrity Apprentice,” much buzz has surrounded a conflict between NeNe Leakes and Star Jones. Last week, while on the “Wendy Williams” show, Leakes said, “I wouldn’t spit on Star if she was on fire.” Now it seems Star — who has kept fairly quiet about her disagreements with NeNe — is ready to respond…


“I did ‘Celebrity Apprentice’ to raise money and awareness for a charity [the American Heart Association] that has been instrumental in my life, not to see it reduced to a cliche where Black women attack one another for publicity’s sake,” Jones told “Life and Style.”

“I haven’t commented on any of her comments in hopes that she would remember that we all participated in this show for charity and not as a vehicle to promote ourselves and such hatred,” she continued. “I was clearly wrong and I decided to finally respond.”

An outspoken reality TV star, NeNe Leakes is not one to shy away from conflict, as we’ve seen with her on-again/off-again relationship with “Real Housewives of Atlanta” co-star Kim Zolciak.

We’ll have to wait until March 6 — when the new season of “Celebrity Apprentice” begins to air — to find out what caused Leakes and Jones to leave the show with a bad taste in their mouths for each other.