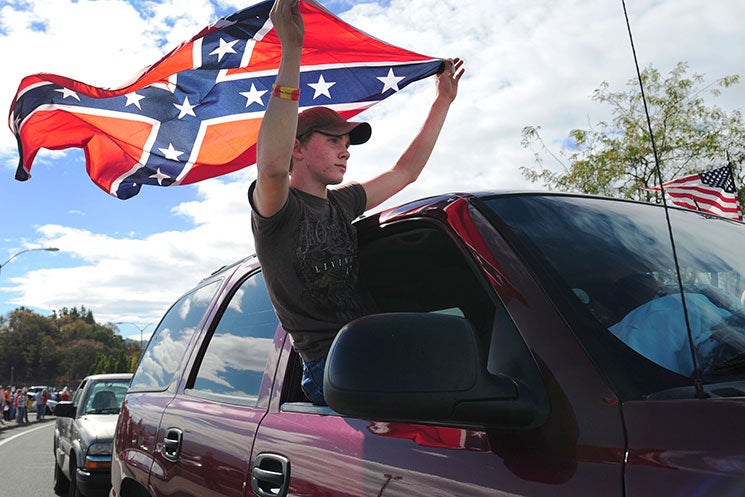 South Carolina Democrat Mullins McLeod believes that the Confederate flag must be removed from the State Capitol building if the state is to attract more jobs.

According to South Carolina’s The State, McLeod, a Charleston-based attorney who is running for governor, released a plan on Thursday, November 19th to create jobs and reopened the age-old debate about the flag.

“We are not going to compete in a 21st century economy by prolonging 19th century arguments,” McLeod wrote in a prepared statement. “It is time for us to send a clear and unambiguous signal to the rest of the country, and the entire world, that South Carolina is better than what people see on the news, and that we are ready to make progress.

“By agreeing to move past this old argument once and for all, we will be telling the world that South Carolina is ready to lead again.”

Fellow Democratic contender, Sen. Vincent Sheheen, said he too has believed for the past decade the flag should come down.