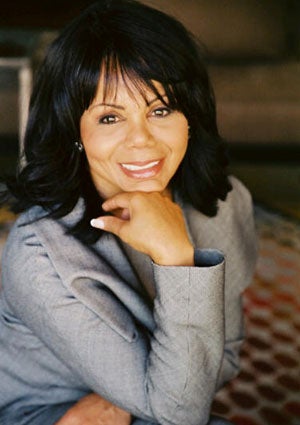 During the summer of 1969, after graduating from high school, I discovered that I was pregnant by my childhood sweetheart. It was a time when sex education wasn’t taught in school or at home. I was a little over two months along and was not prepared for a pregnancy, and surely not in a position to hear my boyfriend respond to “my dilemma.” I felt alone — and ashamed. I used all the things I thought would rid me of my shame. For days, I douched my insides raw with vinegar and hot water, and vomited quinine water…

I had heard talk about the dark, hidden backrooms that girls like me went to when they got in trouble. My dilemma led me to the third floor of a transient tenement and into a filthy room that was the “operating room.” The “doctor” flipped the switch to a single light bulb dangling from an electric cord in the ceiling. Its dim illumination revealed soiled walls; bloodstained linens hanging outside a wicker basket; a folding card table with a set of odd-looking instruments. In the center of the room was a cot with steel stirrups at the end. I wasn’t given anesthesia or anything for pain. I fought back tears and held my breath for what seemed like hours as the stranger raked at the human fruit inside my womb.

“It will take two days for the fetus to abort,” I was told as I noticed the scrum floating atop the water where operating tools were soaking. I paid the $250 fee I had saved from my after-school job. Its original purpose was to buy books and other necessities for college.

I was in excruciating pain and had heavy bleeding following my abortion. The ill-performed procedure led to an infection and I could have died because I bled so much. I kept this a secret from my mother, sisters and friends. I prayed that it would be hidden from God too. The moral and spiritual guilt haunted me for a very long time.

But I never would have changed my decision. I just wished that as a young woman that I had access to the information and the health care services I so desperately needed. I wish I had known about Planned Parenthood. The organization provides lifesaving breast and cervical cancer screenings, annual exams, birth control, HIV testing, testing and treatment of other sexually transmitted infections to 5 million women, men and teens each year. Ninety percent of the services provided by Planned Parenthood are preventive in nature and only three percent are abortion. The U.S. House of Representatives recently approved a proposal that will bar Planned Parenthood’s 800+ health centers from receiving any federal funds to provide this basic, affordable care — and many of these women, men and teens will have nowhere else to turn for it. Sixty percent of Planned Parenthood’s patients consider PP their primary source of health care.

And African-Americans — who have higher rates of preventable conditions such as diabetes, cancer, heart disease, HIV, and unintended pregnancy — would be hard hit. Many lack health insurance or access to affordable, high-quality health care services in their neighborhoods. In 2009, 15 percent of Planned Parenthood patients were African-American — a total of 400,000 people. Twenty percent of patients who benefit from Title X are African-American and approximately 1.4 million Medicaid patients would be cut off.

Several years ago, I shared my abortion story publicly for the first time with a small group of young African-American women on a university campus. They in turn shared their own stories — and their tears. None of us wanted to find ourselves making that tough decision, but each was thankful that they had a place to turn to for safe, quality health services, a place where their choice was accepted and respected.

The Reverend Marcia L. Dyson is a noted civic-social activist. She is currently a political strategist, social entrepreneur, and lecturer. She is member of many women’s organizations including the Black Women’s Round Table, National Council of Negro Women, I Am my Sisters Keeper (IASK, Inc.), and the Face to Face, a four-women panel which addresses cultural difference among women, diplomacy and social justice for women.

Dyson is working on several other books including, The Women Who Would Be King: Female Socio-Civic Activistsand “Haiti After Katherine Dunham: Tales from the Street and the Mountaintop”. She recently founded “TheEveevolution”, a global movement to strengthen women voices via political power and to evolve women’s social and spiritual consciousness.